Ho Chi Minh city, or Saigon as it is known by the locals, is an exciting blend of traditional and modern. Soaring glass sky-scrapers (even one with a helipad) overshadow French colonial architecture, while women in traditional hats sweep water away from their makeshift storefronts with reed brushes. 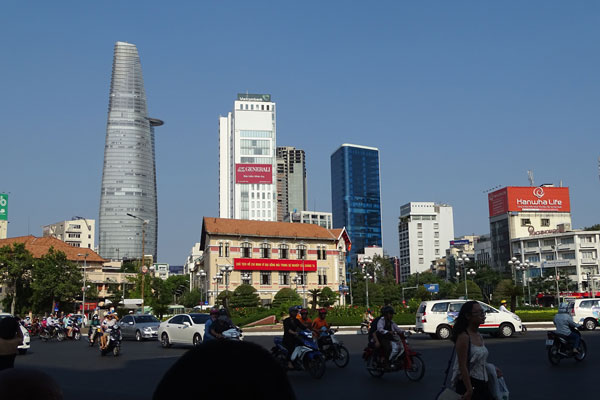 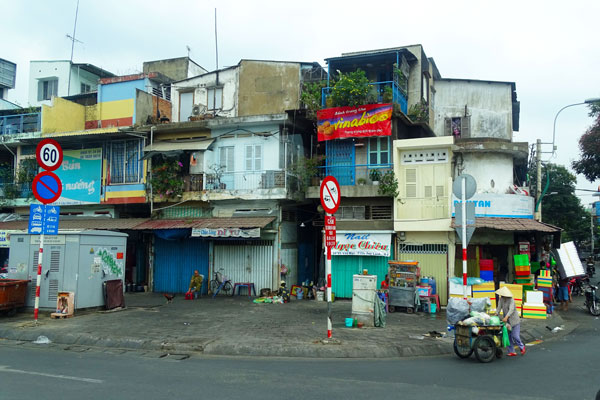 Scooters flow through the streets like flooding rivers. We are told that there are six million bikes in the city, although at peak hour this feels like an underestimation. There is an art to crossing the road, and the trick is to walk slowly and steadily, and not to make any eye contact. Resist the urge to suddenly pull up short, you could create a serious pileup! This approach works well when the traffic is mostly motorcycles, but you do need nerves of steel when there are cars and buses in the mix. 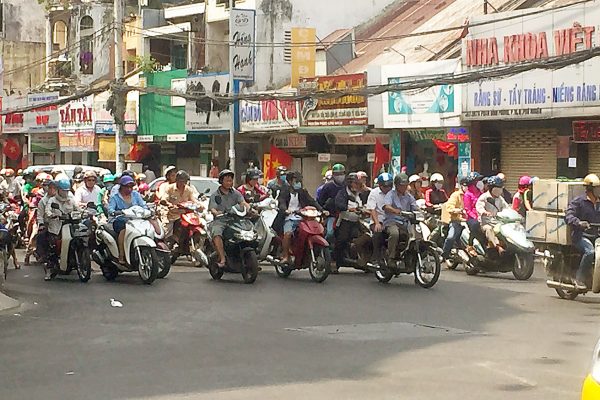 We stayed at the Park Hyatt Saigon which was a luxurious escape from the crazy and humid streets of the city and within walking distance of many interesting sights.

We visited the brightly painted Central Post Office with a wrought-iron barrel interior that I discovered is the work of Gustave Eiffel. They still provide fully operational postal services inside although it’s become a popular tourist spot so there are also many stalls selling souvenirs. 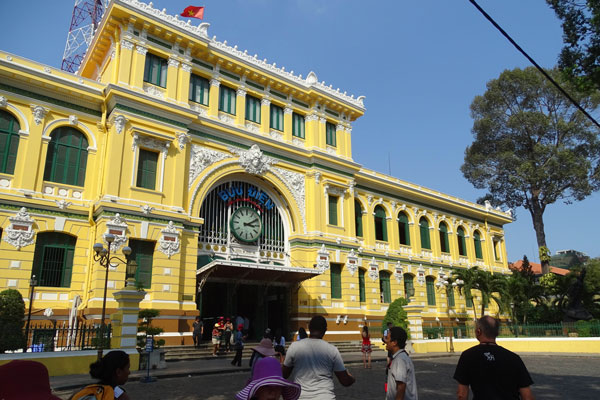 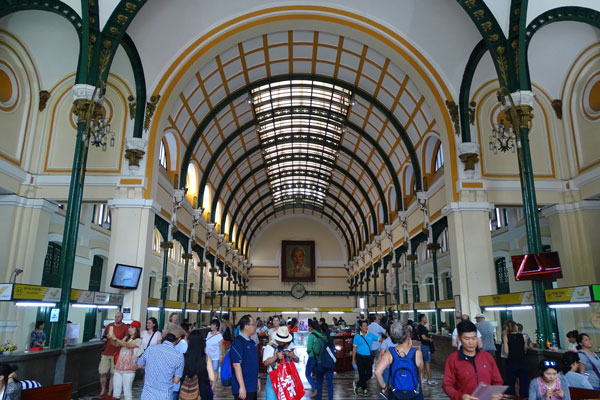 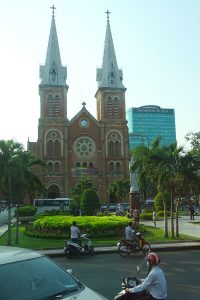 Across the road is the Notre Dame Cathedral, constructed by the French in the 19th century using rose-colored bricks shipped from Marseille. The twin 200-foot bell towers provide a sharp contrast to the city’s towering office blocks.

We also visited the Independence Palace. The 19th-century residence became the home of South Vietnamese president Ngo Dinh Diem after the French left in the mid-’50s. It is symbolic as a site signifying the end of the Vietnam War or rather ‘The American War’ as it’s known here. On April 30, 1975 a North Vietnamese Army tank crashed through its gates. Outside, on the rolling lawn, you can still see the tank. 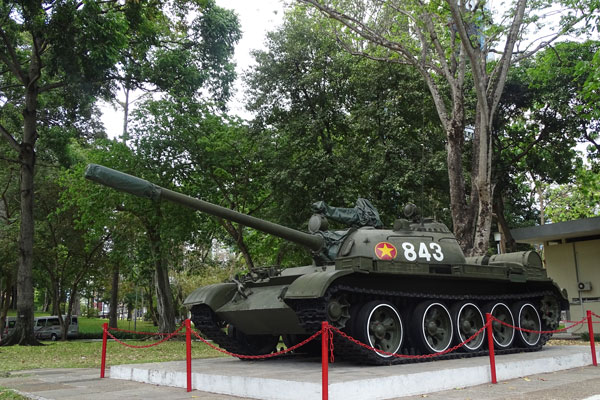 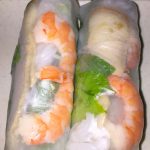 Vietnamese cuisine is renown for its freshness and its generous use of herbs and we were lucky to sample some outstanding dishes at excellent restaurants. We adored the carefully wrapped Vietnamese spring rolls, especially those with shrimp and the tasty dipping sauces. Our favourite dish is the fresh and delicious traditional phó. 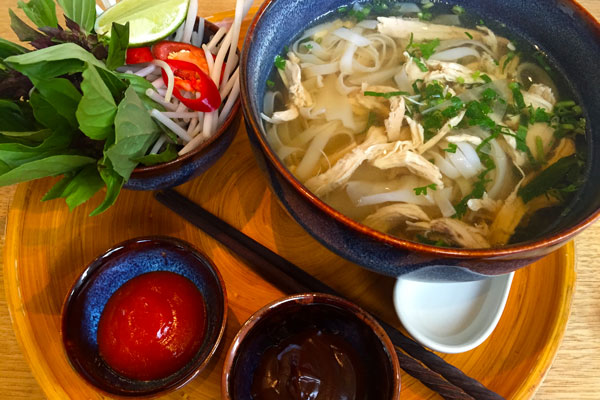 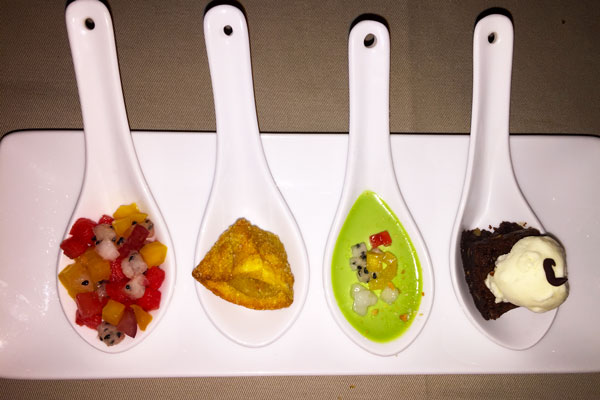 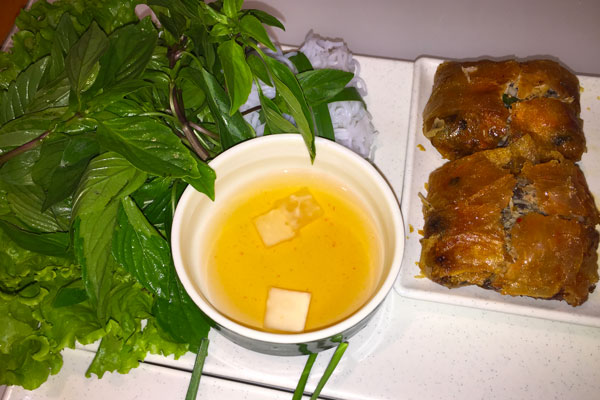 Coffee is huge part of the culture and there are a great number of established cafes with WiFi around the city where people work, chill out, read, or grab an iced coffee. I hadn’t known that Vietnam is the second largest coffee exporter in the world after Brazil. The traditional way to drink coffee in Vietnam is iced and black. It’s worth being aware that when you order white coffee, they add sweetened condensed milk, which is a delicious balance with the strong coffee flavour.

“Saigon is like a child getting on its feet for the first time: Finding its steps but eager to show the world what it can do. There is a sense of focus on living now—A chaotic atmosphere that works through a resilience that has stood the test of time and hardship.” Dustin Nguyen, Actor 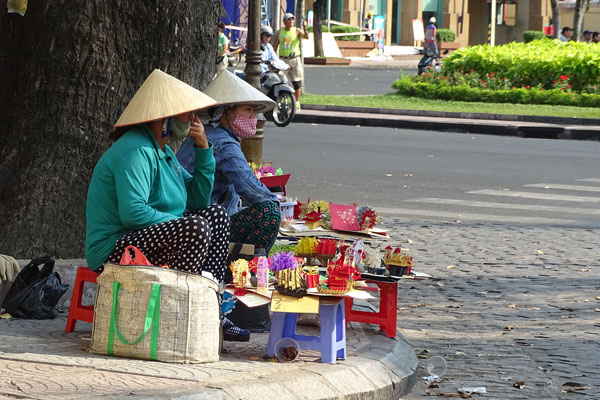 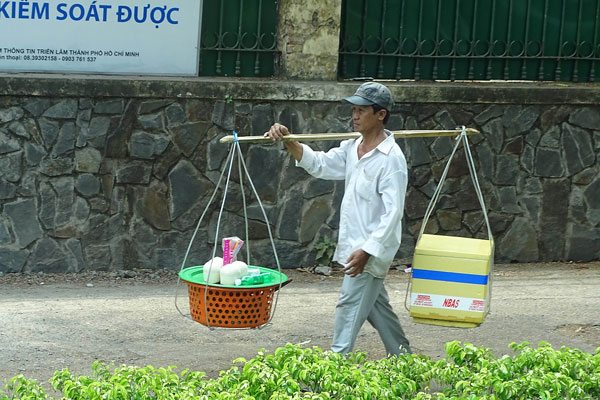 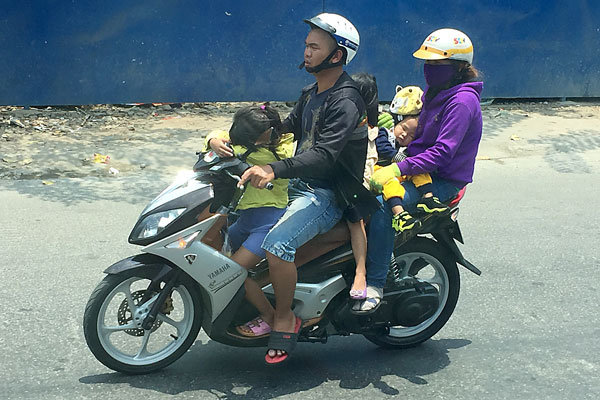 Watching people go about their daily lives is so interesting. A countless number of times we saw significantly sized families all comfortably travelling together on a motorbike, the kids sleeping peacefully in the insane traffic.

Our visit to the Cu Chi tunnels was fascinating and very educational. We loved our journey there, gliding along the Saigon River where we could observe traditional Mekong river life, as the boat gracefully swept around the knots of floating water hyacinths. 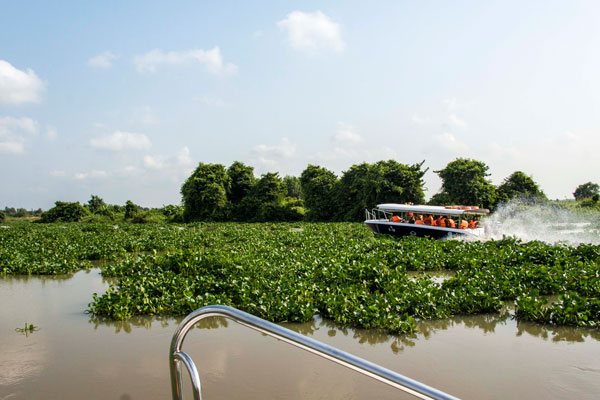 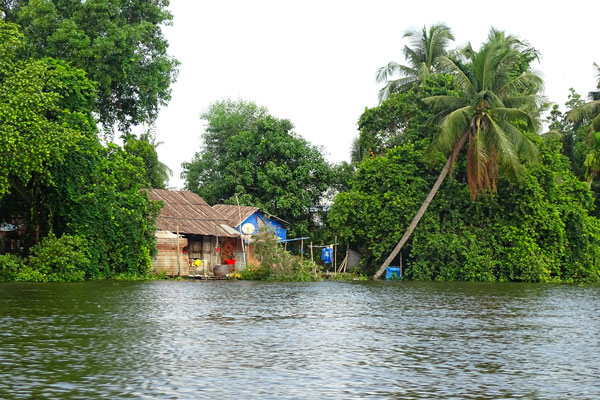 The actual tunnels themselves span some 200-km and in some cases these were often located right under the enemy’s feet. The Vietnamese were certainly astute thinkers and creatively devious in their tactics. The tunnels are incredibly small so it’s quite hard to imagine that at one time they housed everything from hospitals, supply stores and underground cooking areas. The mental strength it must have taken to live under the ground in such cramped and dark conditions is astounding.

Even the slightly enlarged, illuminated and sanitised tourist tunnel was too much for me and I wouldn’t describe myself as claustrophobic. It was both humbling and shocking to learn about the war methods used. I was amazed at how the Vietnamese made use of the remnants of American weapons and bombs to engineer terrible booby traps aimed at maiming rather than killing. The infection would set in to the wounded soldier and death in the tropical heat would be slow and painful. 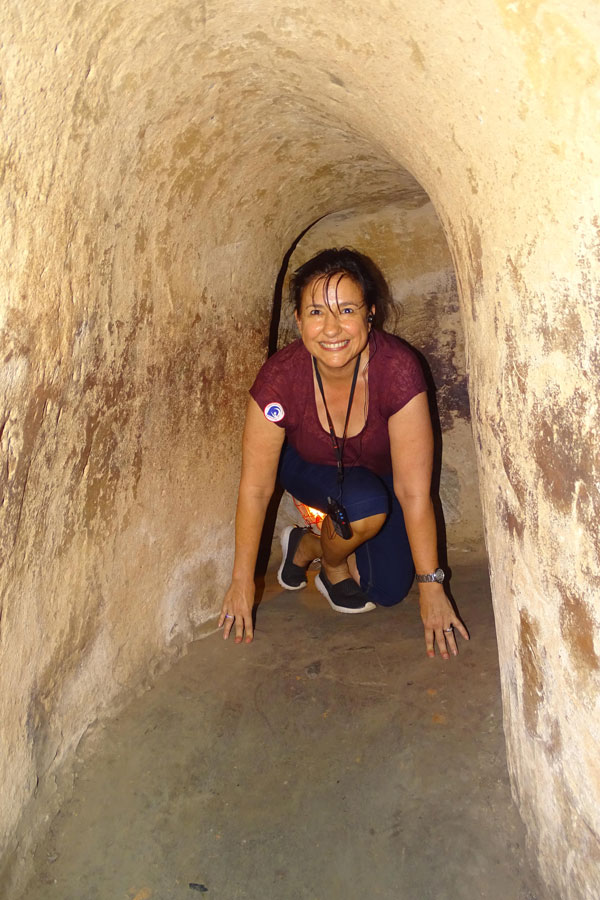 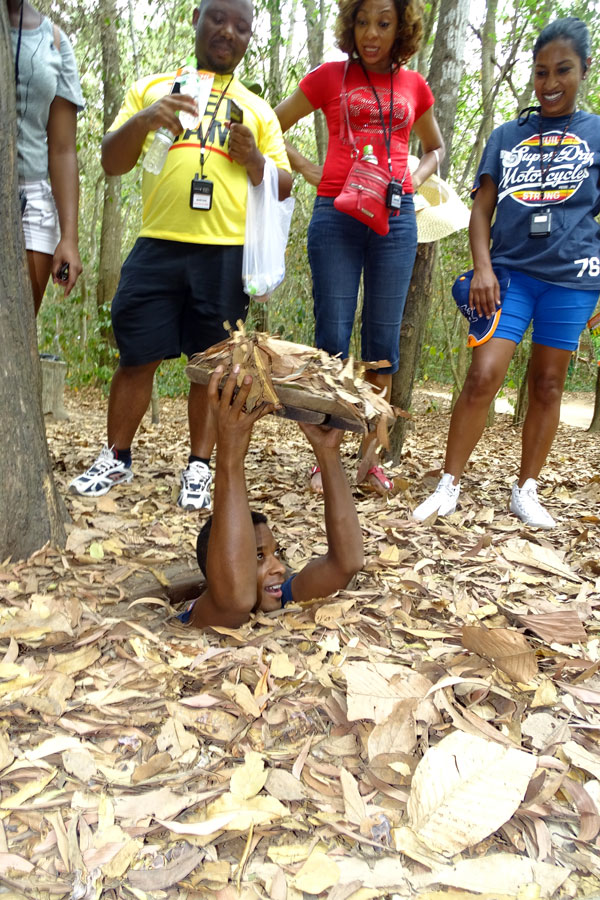 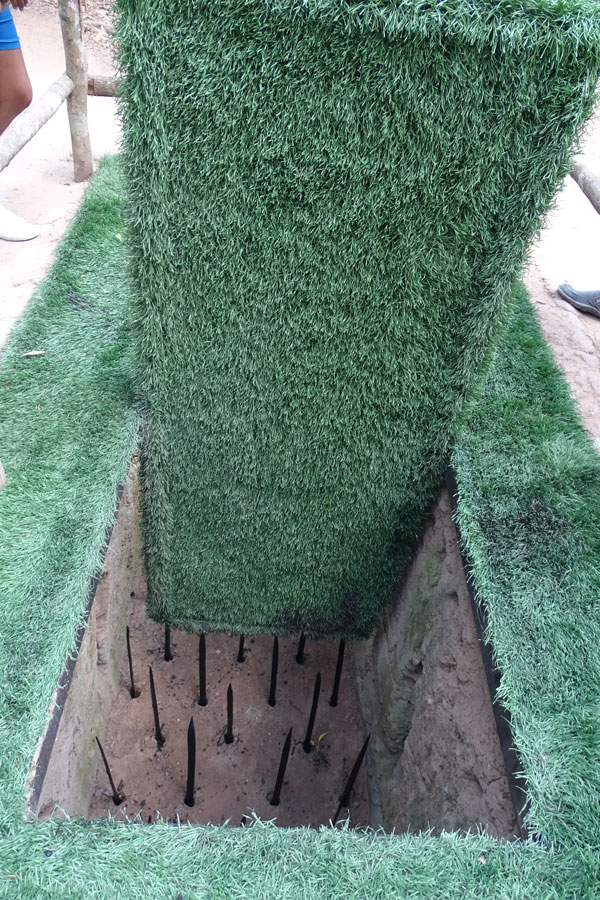 As you wander around you can hear the sound of gun fire and it’s an authentic reminder that this was a real war zone. Later we had the opportunity to fire the various weaponry – Geoff went for the M16 and I tried out the AK47 – it’s terribly loud and being so close to such violence is scary. 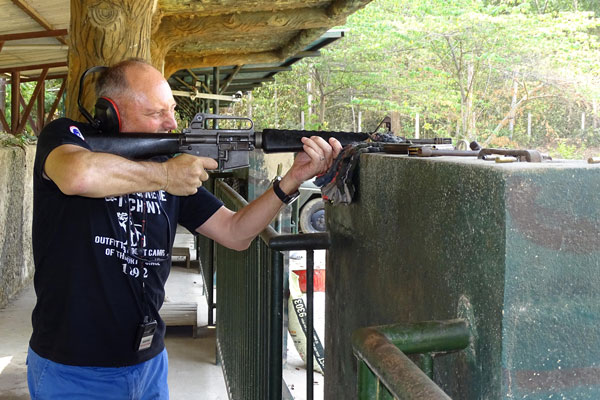 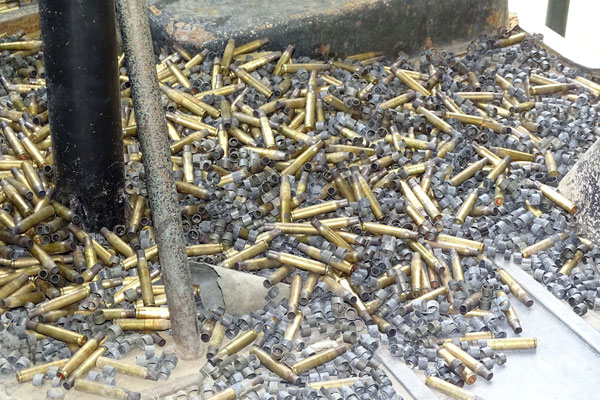 Mekong Delta
A 2-hour drive through suburban Saigon leads to the gateway to the bustling floating markets of the Mekong Delta. The Mekong River is the life-line of six countries in Asia (Cambodia, Myanmar, Laos, Vietnam, Thailand, and China). It passes through templed cities, lush tropical forests, swamps, rice plantations and boasts of some of the richest and most fertile landscapes in the world.

The delta also splits into several canals and rivers that are today filled with floating markets and villages. The Mekong is one of the top ten longest rivers in the world and was formed originally from melted ice that come down from Tibet. 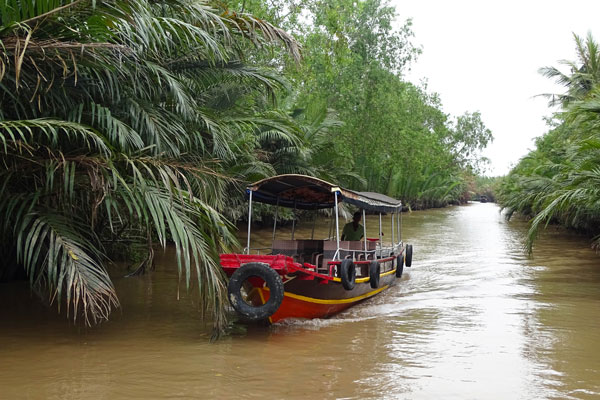 We enjoyed getting into traditional Sampan boats and even more delighted when we were given traditional conical hats to wear as protection from the fierce sun. Our guide punted us along narrow rivulets passing close to the dense bamboo reeds that flanks the sides. 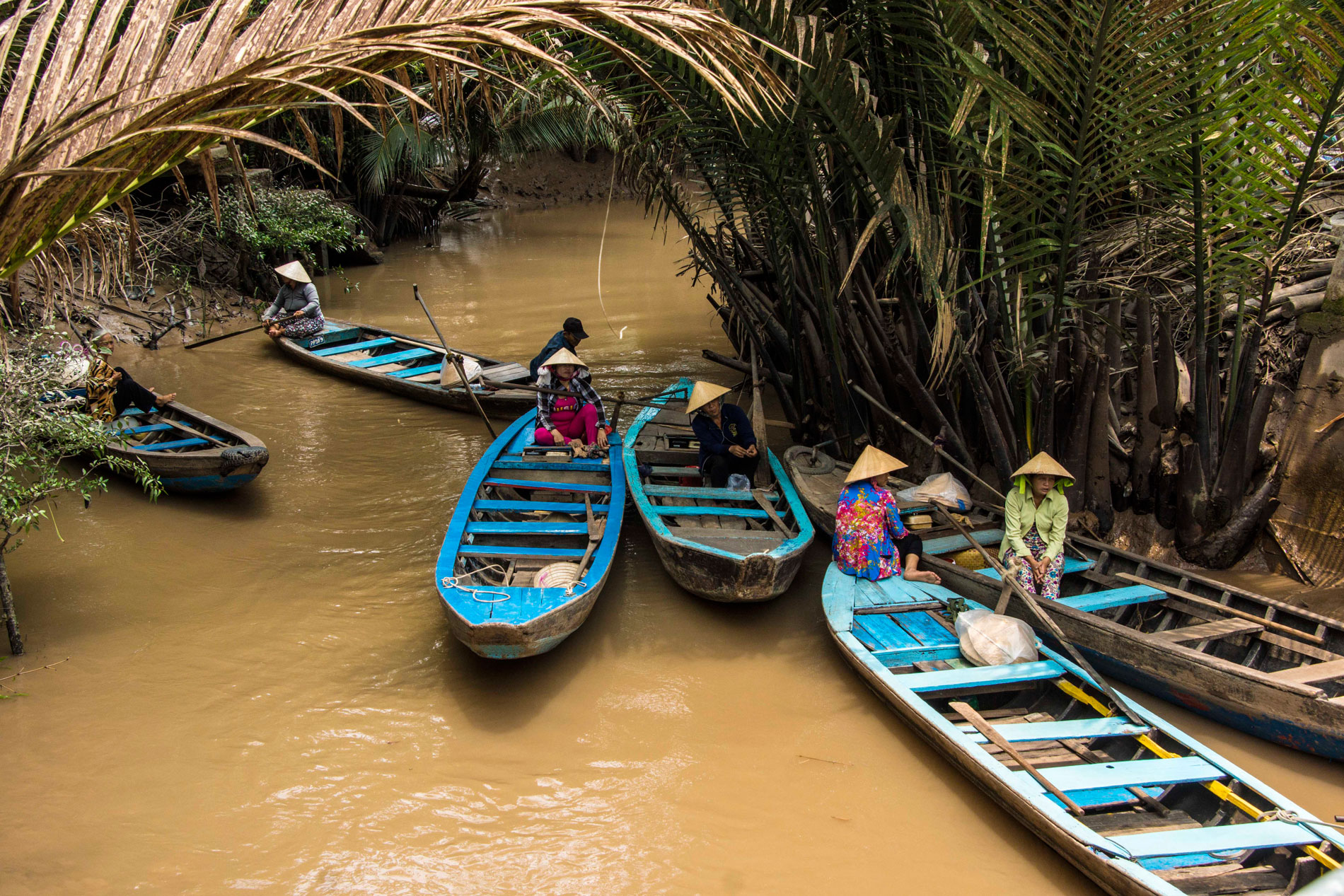 A bicycle ride through a local village ahead of lunch was surprisingly enjoyable and a good way to sight see and take pictures. 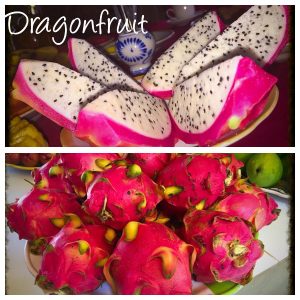 We sampled the strange looking dragon fruit. Whomever thought it was a good idea to attempt to eat something that is white on the inside with tiny black seeds with a shockingly pink outer peel tinged with green was very brave. Just like the guy that thought it was a good idea to eat the putrid smelling durian fruit had to be completely nuts. It stench is so bad that it’s banned on Singapore public transportation.

On the subject of peculiar things to eat or drink, our guide Quon, tried to persuade us to partake of the local snake wine, which we politely declined. 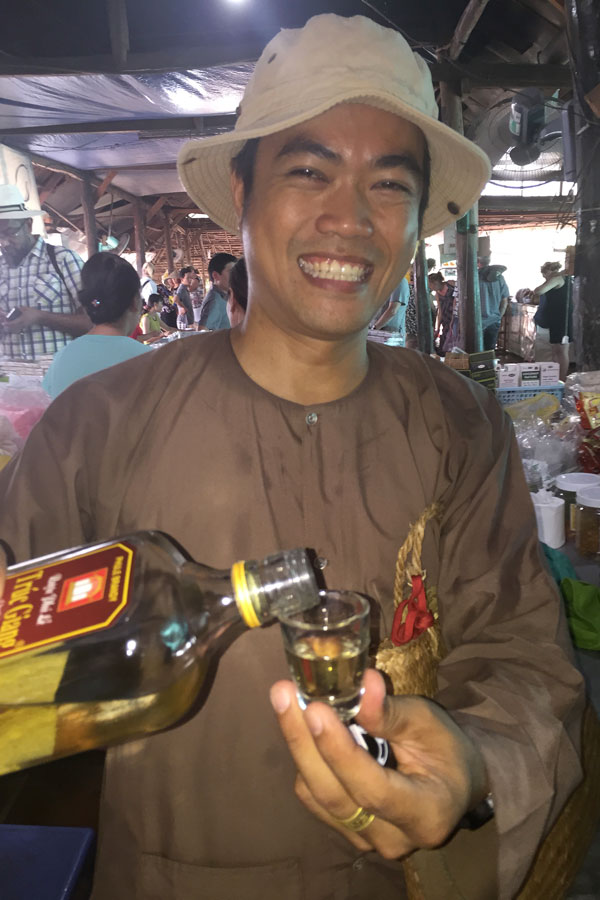 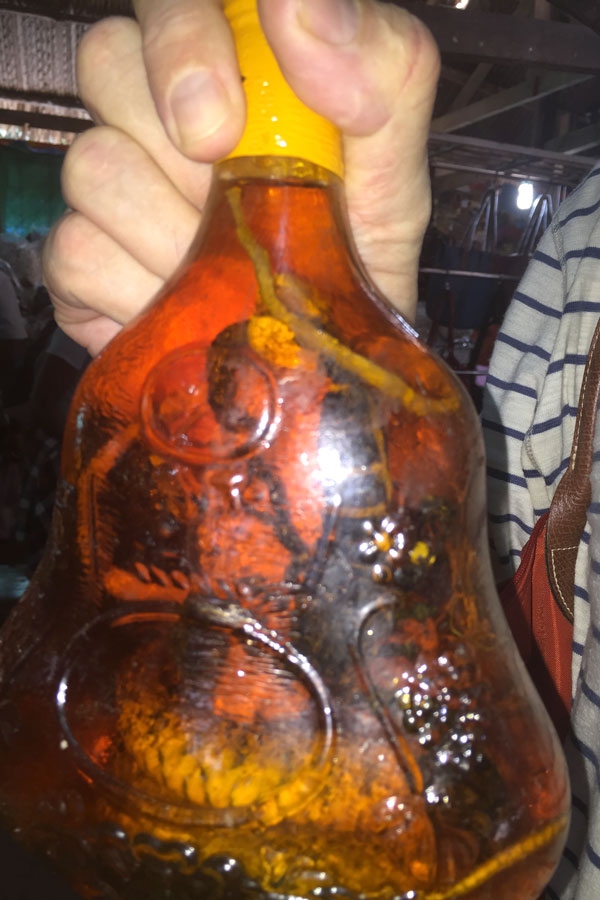 Invigorating. Inventive. Introspective. For me these three words capture the energetic buzz and the contemplative nature of our trip to this intriguing region. 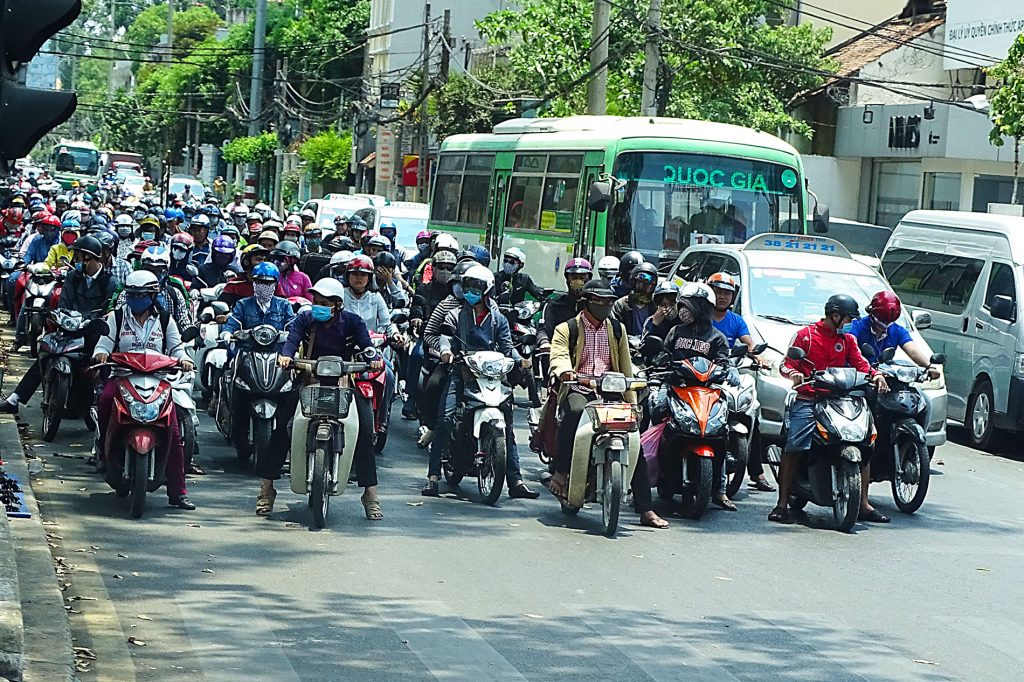 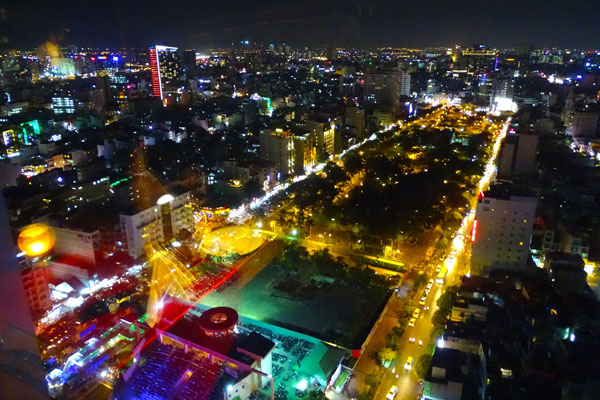