Apparently there is a name for people like me who are fascinated by the beauty and the history of graveyards – “Tombstone Tourists”.

Most people see graveyards as a harsh necessity, while others go out of their way to avoid them. I think I’m captivated by the unknown, by the finality of the lives that are so clearly over and especially by the epitaphs that provide a glimpse into the story of the one that lies buried: “Our little angel”; “Devoted Father, Brother, Husband and Son”; “Died tragically and suddenly”. And then there are the dates ranging from those that lived to almost 100 and the babies that died after only a few weeks. 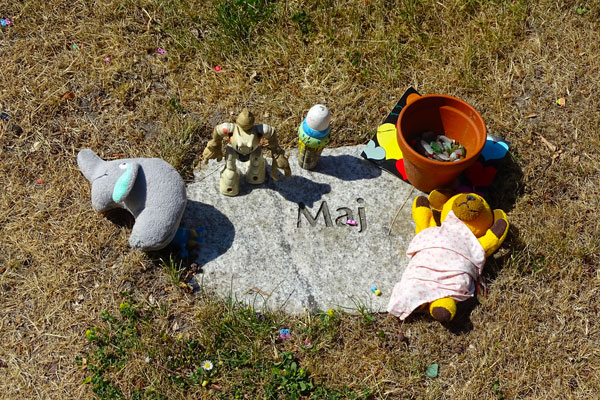 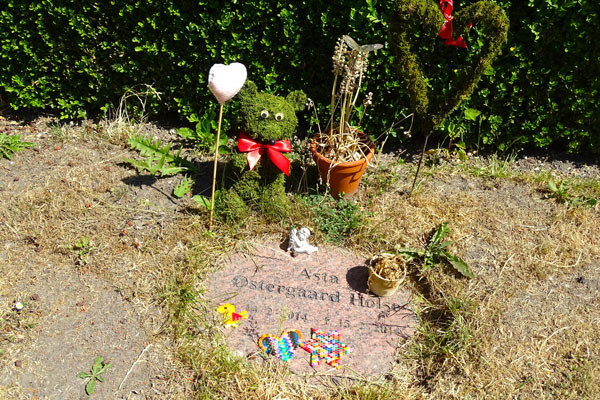 Most cemeteries are not all that inviting, often being overcrowded with graves and rather gloomy, even scary, beneath the cedar trees.

Assistens Cemetery in the trendy Nørrebro district of Copenhagen is quite the opposite. According to their website, an outbreak of plague in 1711 killed an estimated 23,000 citizens and put the existing burial sites under so much pressure that up to five coffins were sometimes buried on top of each other. This led to the establishment of five new cemeteries further out, but still inside the city walls. The new 25 hectare Assistens Kirkegård was inaugurated on 6 November 1760. Originally the cemetery was intended as a burial ground for paupers, but subsequently such famous figures as Hans Christian Andersen, have this as their final resting place.

When you are inside the grounds, you immediately leave behind the busy city with its ever present trams, buses, bicycles and cars. The street noise is replaced by birdsong and the bubble of fountains. This is no ordinary cemetery. 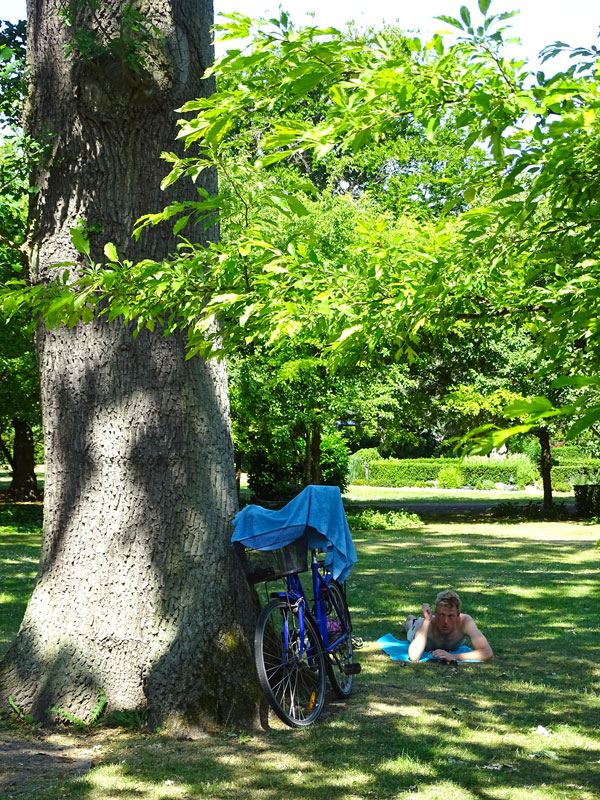 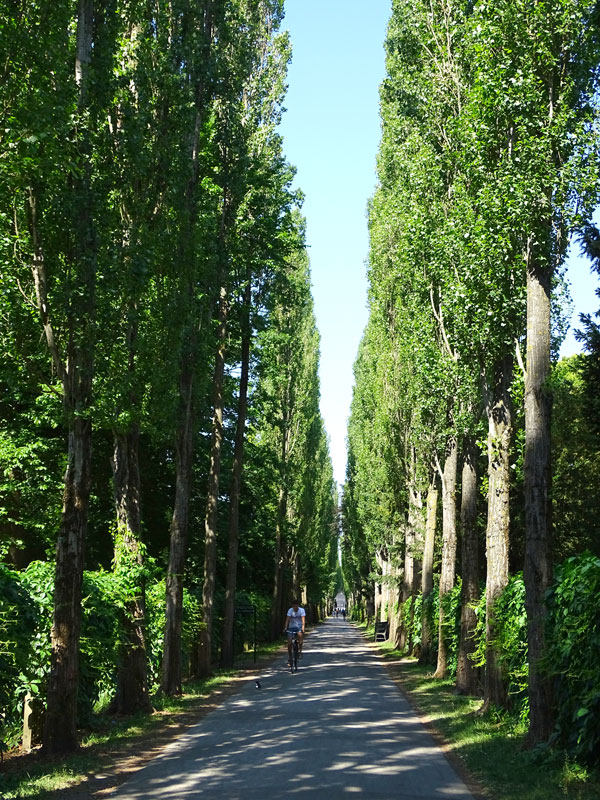 “Lilac and star and bird twined with the chant of my soul, There in the fragrant pines and the cedars dusk and dim” – Walt Whitman

It is known to be one of the most beautiful graveyards in Europe. “Leafy trees, dark paths, bright open flowery expanses, temples shaded by poplars, marble tombs overhung by weeping willows, and urns or crosses wrapped in swathes of roses, fragrance and bird song, all transform this place of death into a little paradise.” — Karl August Nicander (Swedish poet)

The cemetery is still serving its original purpose as a burial ground but is also a popular tourist attraction, as well as the largest and most important greenspace in the Nørrebro district.

“You can no longer see me, but please know that I am there. I am the flowers in the garden, I am the wind beneath your hair.” Sherry Rockhill 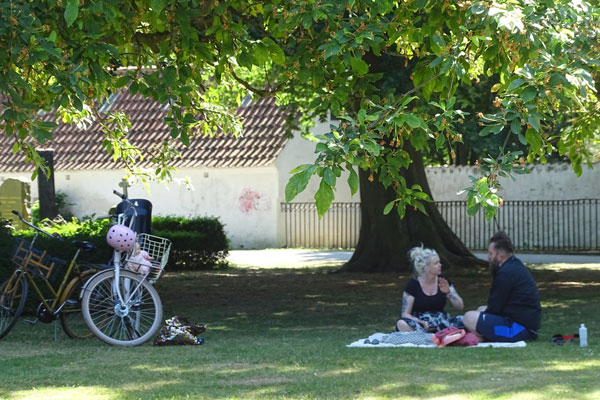 “From my rotten body, flowers shall grow, and I am in them, and that is eternity.” Edvard Munch

It was delightful to see parents with prams and strollers, young couples picnicking under a tree, joggers, cyclists, sunbathers and dog walkers all enjoying the peace and beauty of the gardens. I experienced none of the heavy melancholy that you normally associate with graveyards. How clever to use the space for both the dead and the living, transforming the area from a place of mourning to a place where life can be celebrated. Everywhere you walk there are beautifully maintained trees and shrubs and lovely flower gardens. Aspirant rock bands use it as an open-air venue to perform before a live, captive audience.

Death is, I suppose, could be as much about new beginnings as it is an end. Embracing life in and amongst the dead makes life more poignant? Perhaps as Virginia Woolf suggested: “Someone has to die in order that the rest of us should value life more.”

Just living is not enough… one must have sunshine, freedom, and a little flower. HC Andersen

“Death is not the opposite of life, but a part of it.” Haruki Murakami