Florence, Italy: Journey into the Renaissance

The sun starts to sink, casting golden light on the River Arno. A few late canoeists cause a ripple as they streak beneath the Ponte Vecchio. A band begins setting up on the famous bridge, tuning their instruments and giving us a taste of what is to come. The locals wriggle into position on the pavements, alongside the tourists.

Heading towards the river from Piazza del Duomo, we have reached the historic Ponte Vecchio (Old Bridge). You can literally breathe the history in the ancient stones and the shops built into the structure with their solid wooden shutters. Most of these stores sell jewellery and gold. There has been a bridge here since Roman times, although it was destroyed by floods in the 1300’s and rebuilt in 1345.

Although I prefer seeing the beautiful Ponte Vecchio from the banks of the Arno River rather than walking on the bridge itself, the atmosphere at night time is something special. During World War II this was the only bridge across the Arno river that Germans didn’t destroy. 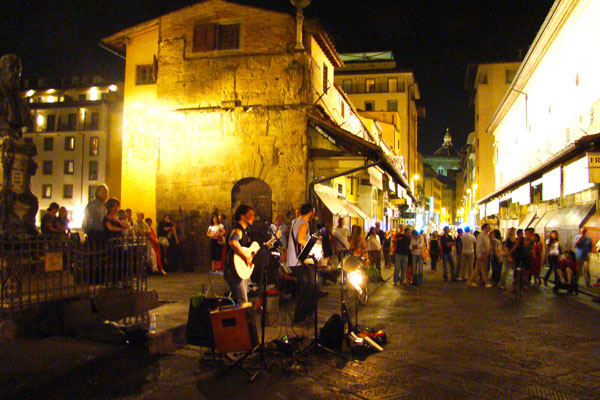 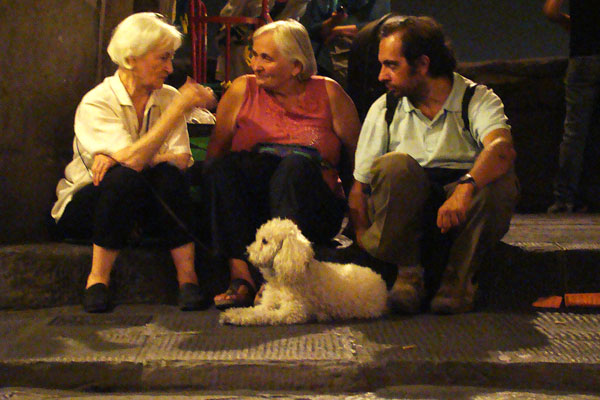 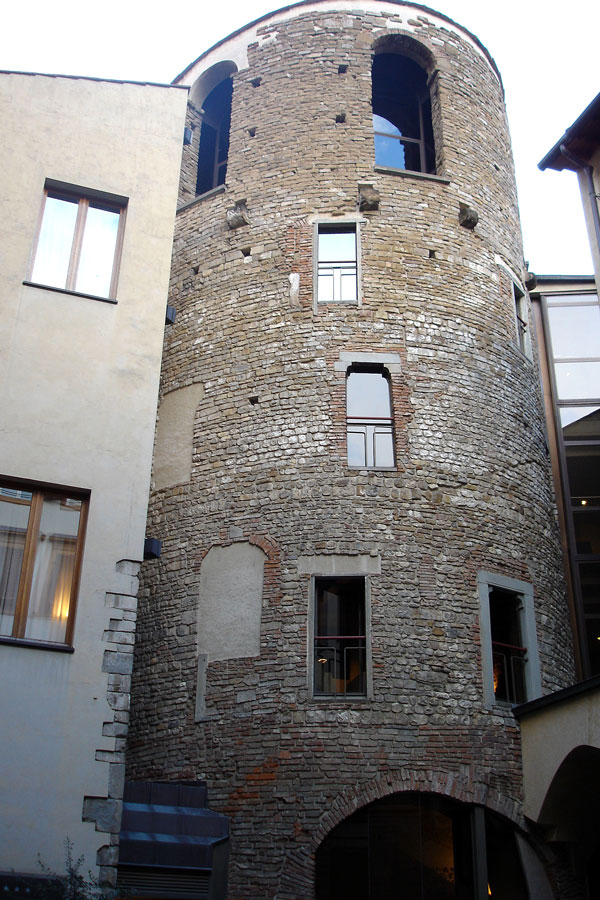 Arriving in Florence for only the second time in our lives, we feel like seasoned travellers. We know which direction to trundle our suitcases from the station to reach the Hotel Brunelleschi where we are staying again. We love the fact that it is located in the very heart of the city close to all the famous sights. It was built within a circular Byzantine tower of the 6th century and a medieval church, carefully constructed to preserve the original characteristics of the two buildings.
We’re also chuffed that our hotel is referred to by Dan Brown in his best-selling The Da Vinci Code:  “We’d be living in luxury. They’re giving me a room at the Brunelleschi.” 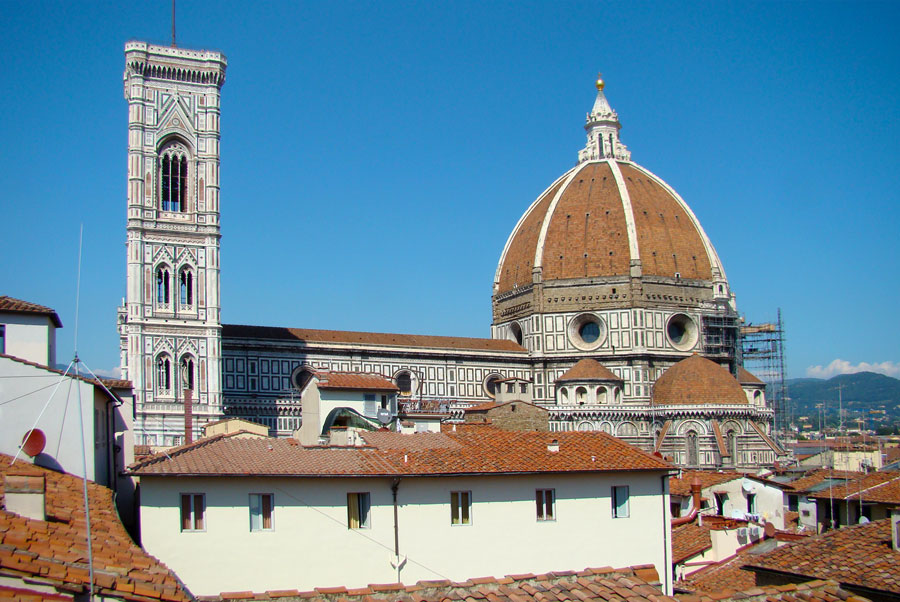 “And when I thought of Florence, it was like a miracle city embalmed and like a corolla, because it was called the city of lilies and its cathedral, St. Mary of the Flowers.” – Marcel Proust, Swann’s Way.

Dominating the Piazza del Duomois the Santa Maria Cathedral, or Duomo. The cathedral is inspiring with its rich colours, enormous bronze doors and distinctive “cupola,” or dome. With work beginning in 1436, the Duomo took over 100 years to build and was constructed during the height of the Florentine Renaissance. 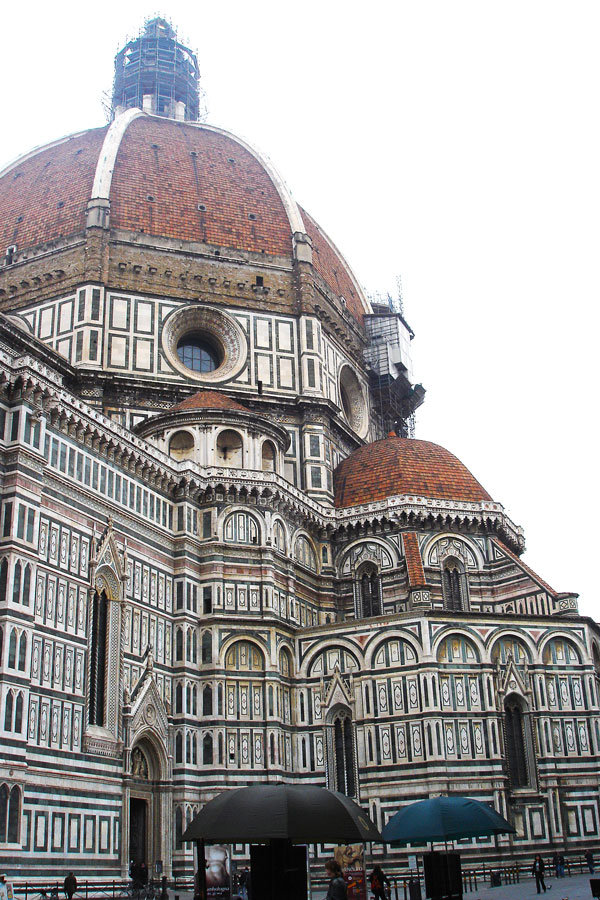 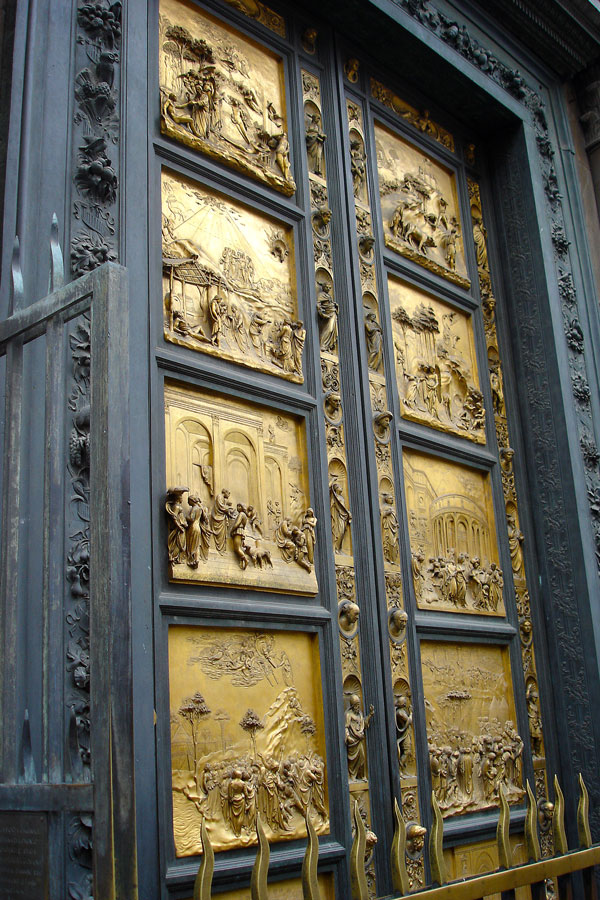 Piazza della Signoria
Wandering between the Ponte Vecchio and the Piazza del Duomo, you can’t help strolling through what the Florentines call their outdoor art gallery, Piazza della Signoria. This square is amazing with its beautiful statues, monuments and fountains  from the renaissance era and they enhance the area surrounding the Uffizi Gallery. This piazza has been the centre of political life in Florence since the 14th century and the original site of the ‘bonfire of the vanities’, when in 1497 Friar Savonarola collected and publically burnt art and books he deemed immoral. 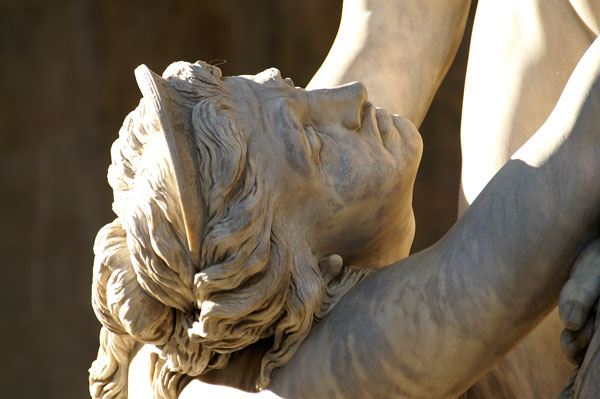 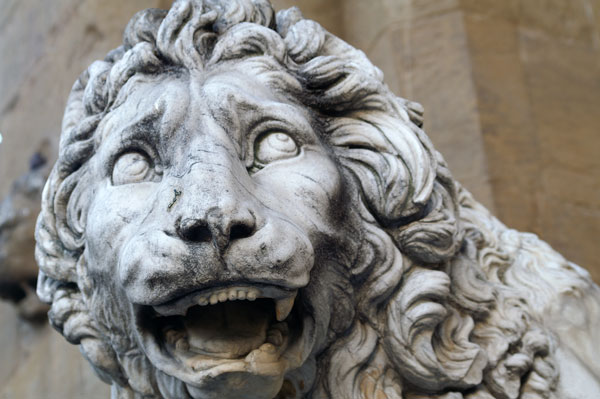 We admire the model of Michelango’s David. It’s not exactly a “fake” David – there have been authorized copies made to withstand the elements and remain outside on display when the original marble sculpture was moved inside the Accademia Museo.
The Loggia Dei Lanziis is an open-air sculpture gallery and houses the statue of Perseo holding Medusa’s head (Cellini 1554) a stark reminder of what happens to those who anger the Medici. 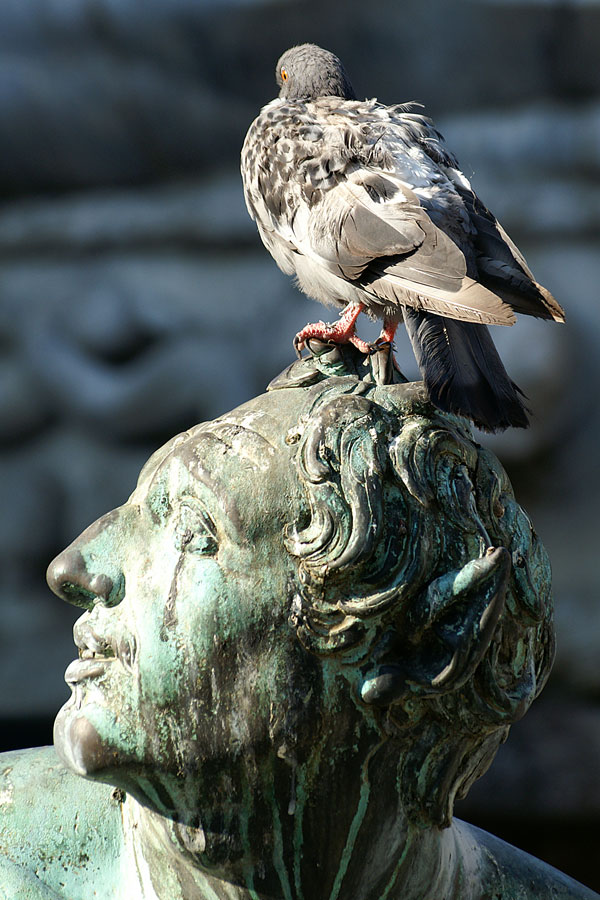 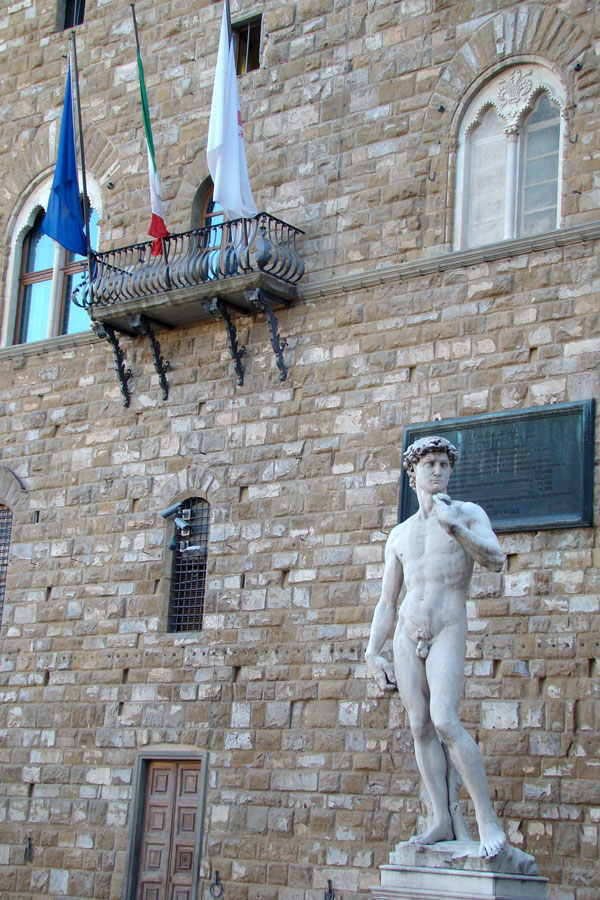 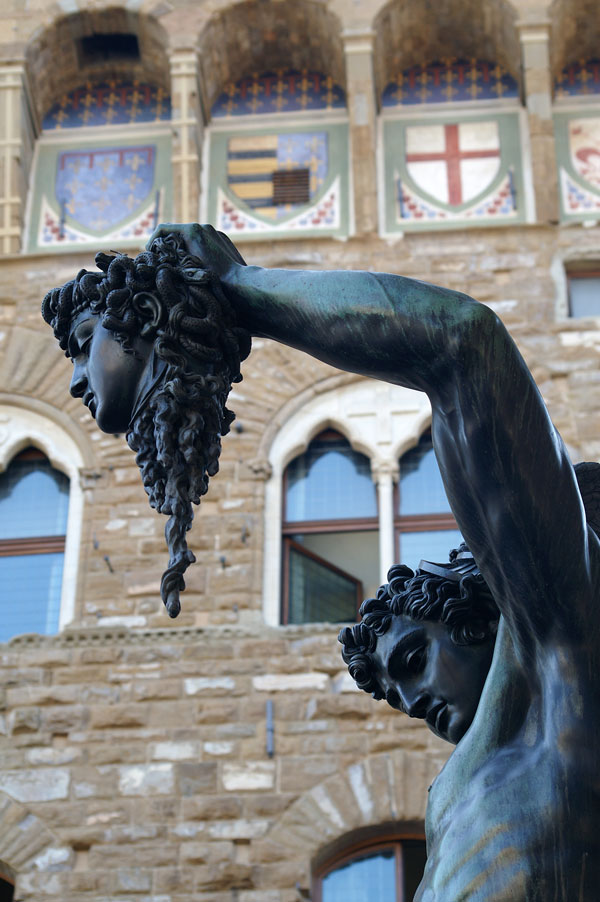 Piazza Santo Spirito really comes to life in the evenings. The local galleries, artisans and boutiques begin to close up for the night and the restaurants, trattoria, cafès and nightclubs start to open. Facing onto the square there are a couple which have terraces and patios. We chose a delightful spot under the stars and enjoyed a glass of chianti, bruschetta pomodore to start and a delicious ragout and pasta with fresh porcini mushrooms and parmesan. Now we knew we were really in Italy. 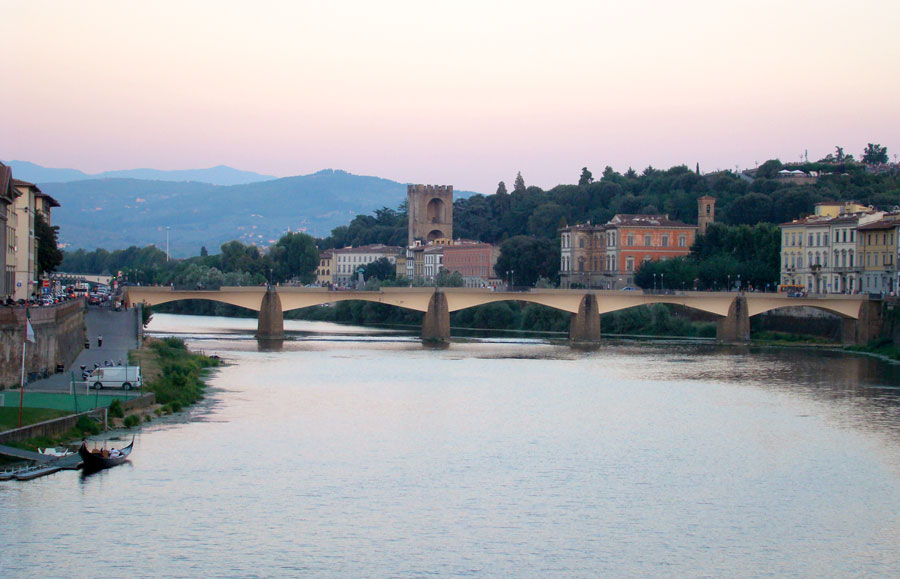 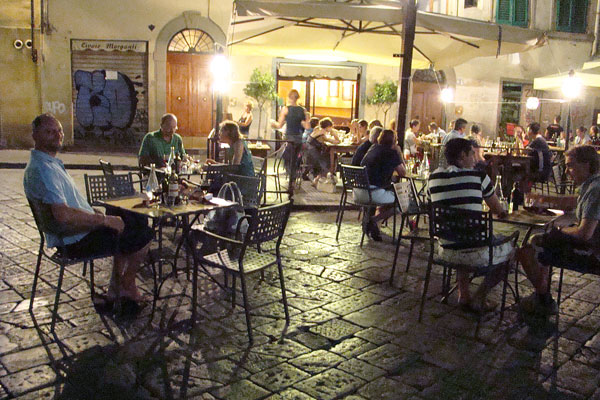 24 hours is really not enough time to spend in Florence, even if it is your second visit. We managed to find some time to shop in San Lorenzo Market.  The market is comprised of two separate areas, an indoor market, known at the Mercato Centrale, which is home to all things food and the outdoor section that lines the surroundings streets of the large Mercato Centrale building, selling leather, clothing and many souvenirs. Last time we were here, Geoff bought a beautiful leather jacket. I picked up some gorgeous silk pashminas.

We walked to Maggiore (near the railway station) to pick up our hire car. Driving back to the hotel was a navigational nightmare what with all the winding streets and random one-way roads. After what seemed like an eternity and a telling off from the Carbienieri, we loaded our luggage and set off for Umbria.