When in India, don’t miss the opportunity for a quick trip to Nepal! Staying with Carol and Roy always has its advantages, especially because they get us to do things that we would otherwise probably not have considered. Having been living in New Delhi for almost a year, they were eager to explore further afield before their next assignment. We were only too happy to tag along!

Kathmandu is the capital city of Nepal and the largest metropolis with a population of just over a million. Arriving in the city after a short flight from New Delhi, you immediately feel the casual vibe that makes it a back-packers haven. We were holidaying in style and were collected by the Hyatt Regency, which was brand new, exquisitely decorated and had only recently opened. We loved the open spaces; teak, copper and marble finishes and the outstanding view from our room across Kathmandu. The oldest Buddhist temple in the world lay just below us – famous as a holy Hindu shrine. Millions of colourful prayer flags fluttered incessantly in the wind. 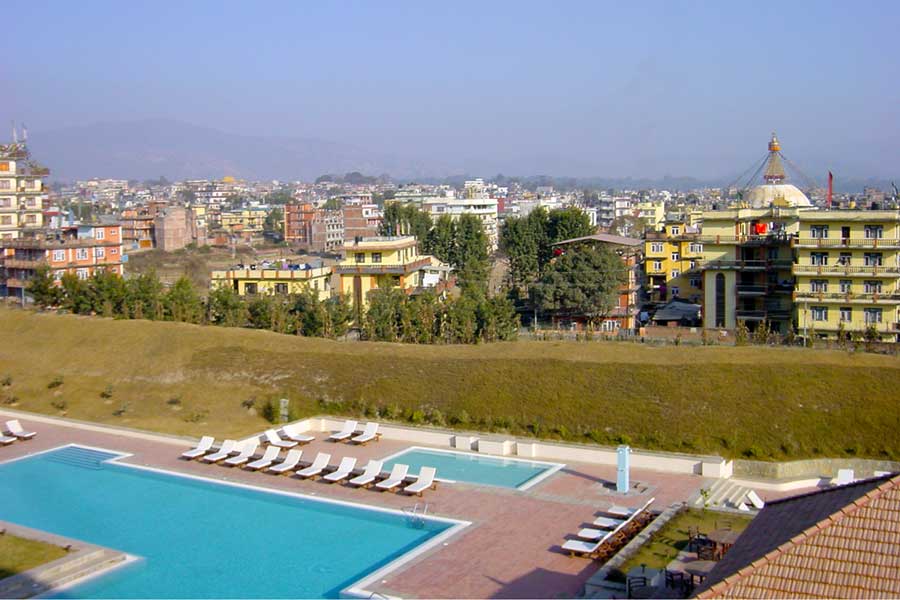 Keen for a bit of physical activity we decided to play a game of tennis, only to discover that the hotel’s courts would only be completed in the New Year. The manager arranged for us to be taken to their sister hotel “The Yak & Yeti” (love that name!) and we had a lovely game on clay courts beneath floodlights and a hop and a skip from the bustling shopping streets below us. It was nice and cool to play in the early evening. 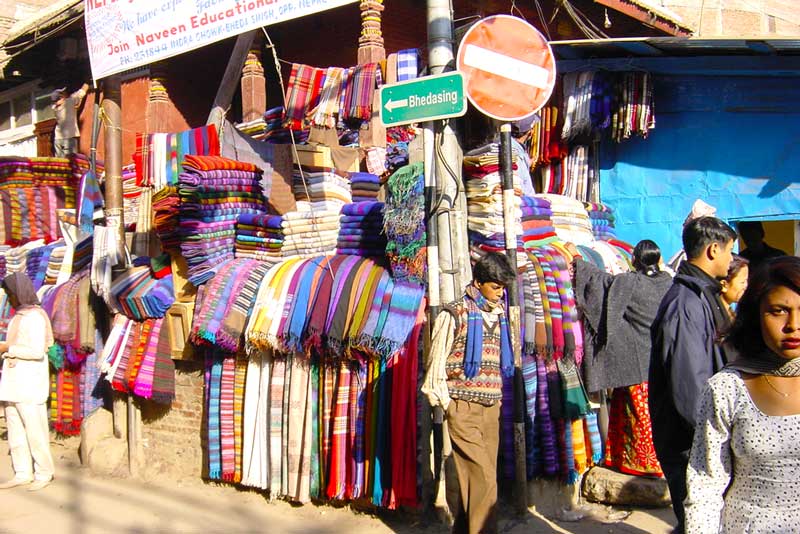 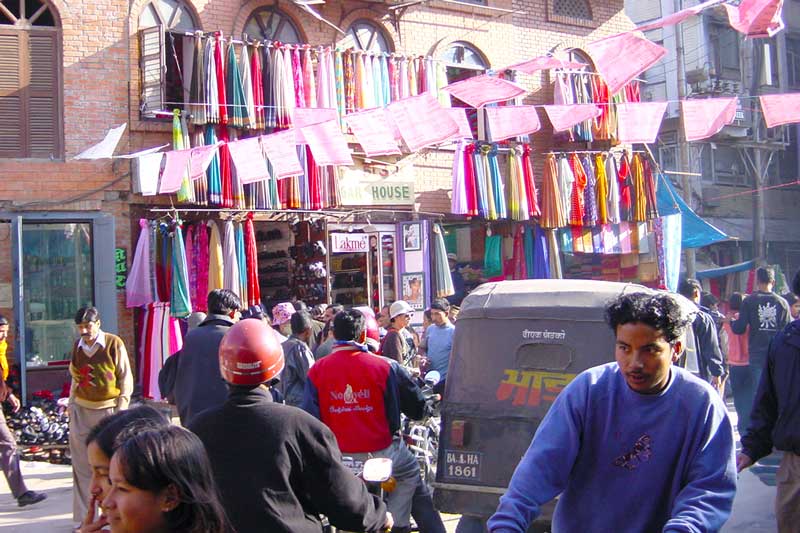 After breakfast in the hotel Cafe we took the hotel bus into congested and busy Durbar Square. Carol and Roy were watch shopping and found a lovely Omega for Carol’s Christmas present. We also wandered around Indira Chowk. This is the main textile area consisting of colourful and narrow streets. We bought bindis and bangles. 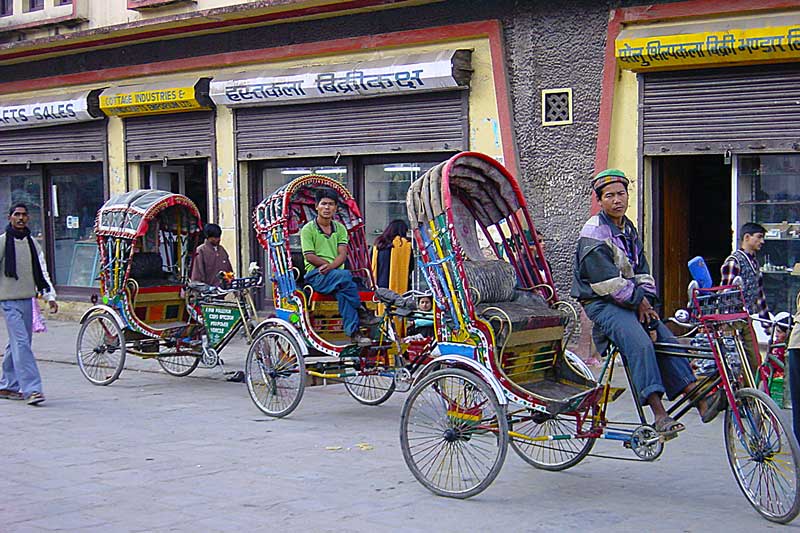 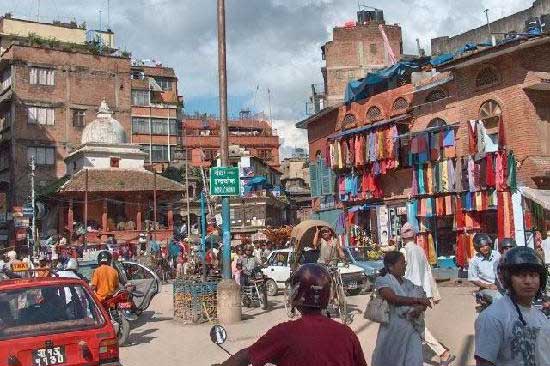 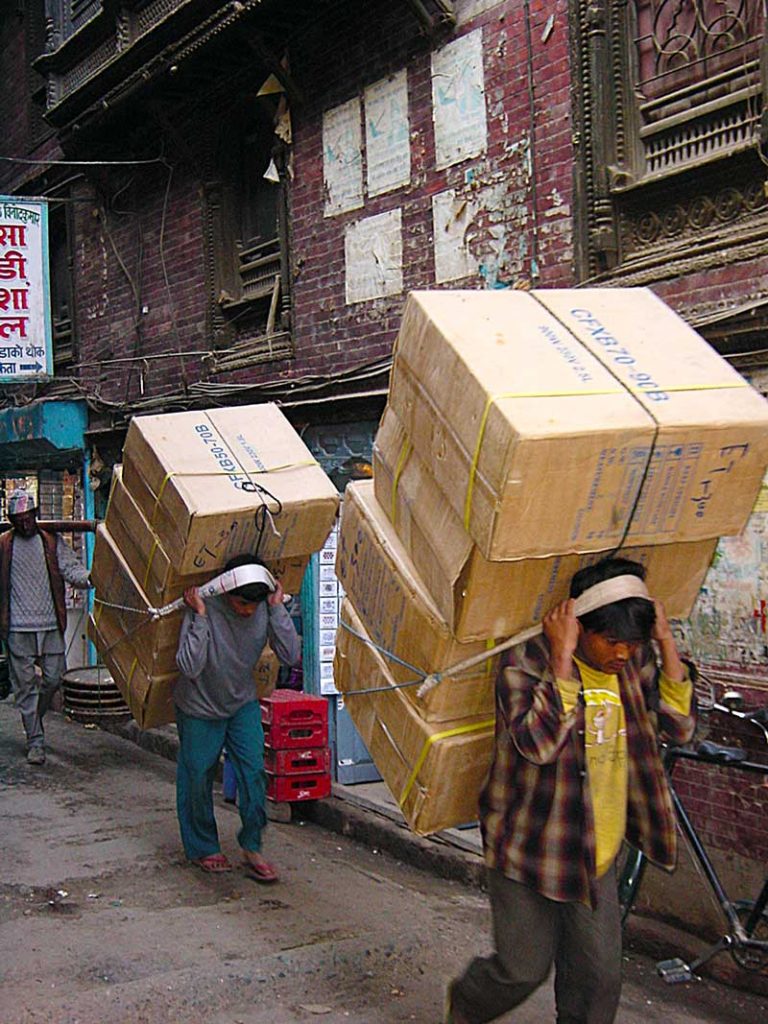 Later we took rickshaws back to “The Yak & Yeti” for lunch. In the afternoon we worked out in the gym – just some cycling and running after eating far too much good food! That evening it was more food at the Olive Garden, a lovely Italian restaurant at The Radisson. It was Christmas Eve and we were looking forward to a lovely dinner and it lived up to our expectations. Everything was so affordable too. Including red wine the meal cost us 5000 rupees (R500).

We woke on Christmas morning to a beautiful clear day. We had arranged the day before to have a flight over the Himalayas. The flight costs were US$109 pp on a 19 seater plane. The airport was temporarily closed when we got there as a mist had come down over Kathmandu. It wasn’t too much of a wait before we able to take off. 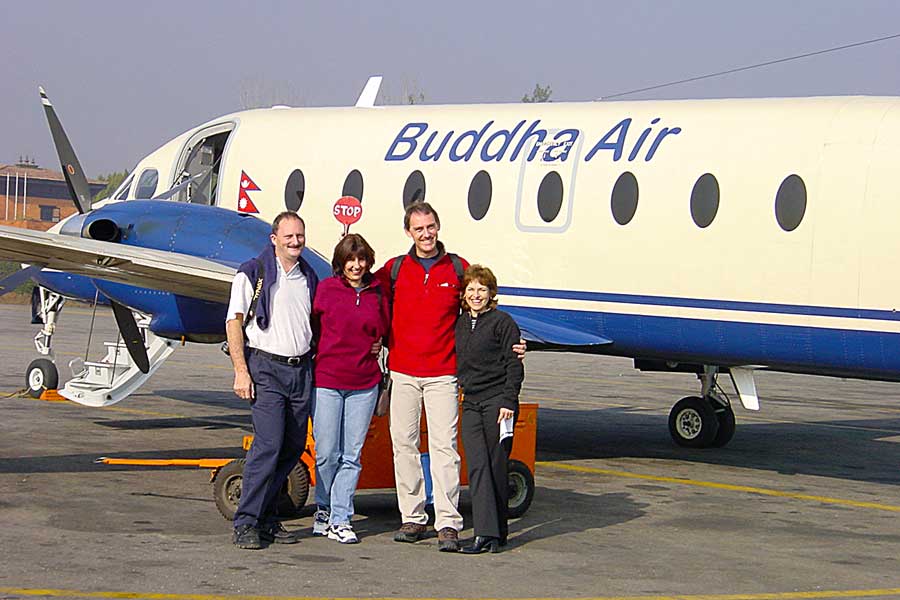 Although Mount Everest was our goal, we saw many other very interesting and high peaks. The terrain below the snow line is completely brown and dry looking. I was surprised at how little snow was about. Eventually the iconic peak of Mt Everest came into view. It was fascinating to see the image that you are so familiar with from movies, tv and books, suddenly with your own eyes! It looked fairly innocuous from the safety and comfort of our leather seats. 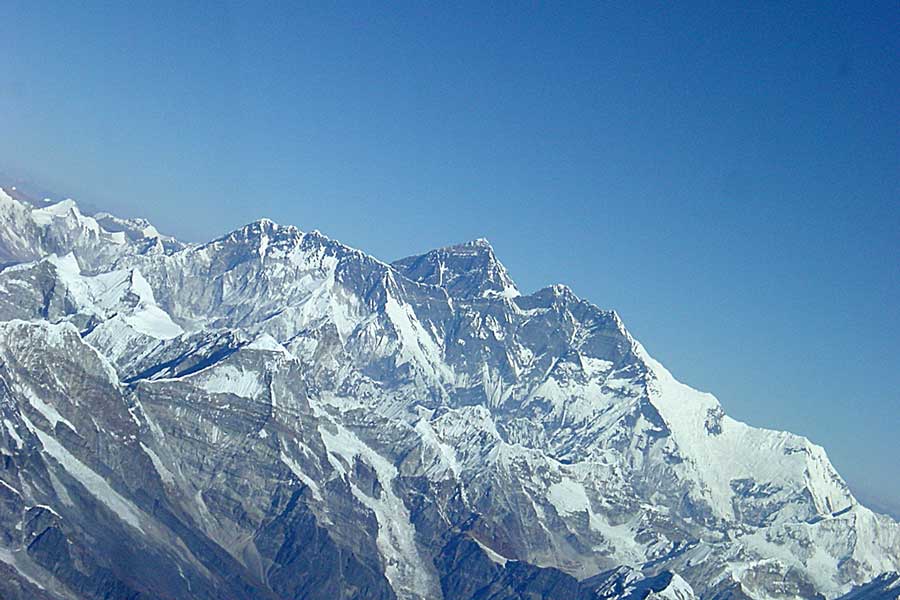 Back on terra-firms and home to our hotel, we arrived amidst loud and raucous celebrations. Everything from pony rides, jumping castles and boat rides in the pool were underway with an energetic, Nepalese Father Christmas. We all opened our Christmas presents and then had a delicious buffet lunch in the hotel dining room. 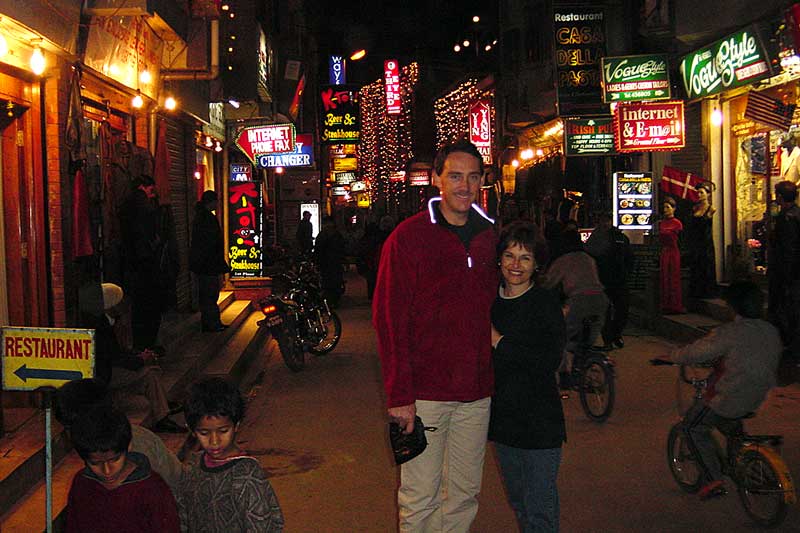 In the evening we really couldn’t face eating again and decided to give dinner a skip. We took a ride into town to Thamel Square which is a nice upmarket shopping area. There were also lots of interesting shops selling trekking gear and souvenirs. The streets were buzzing with light and colour and we had a drink at Les Yeux rooftop garden.

A delightful end to a whirlwind trip. What a special opportunity to experience Nepal and see Mt Everest, even if for such a short time!. Merry Christmas! 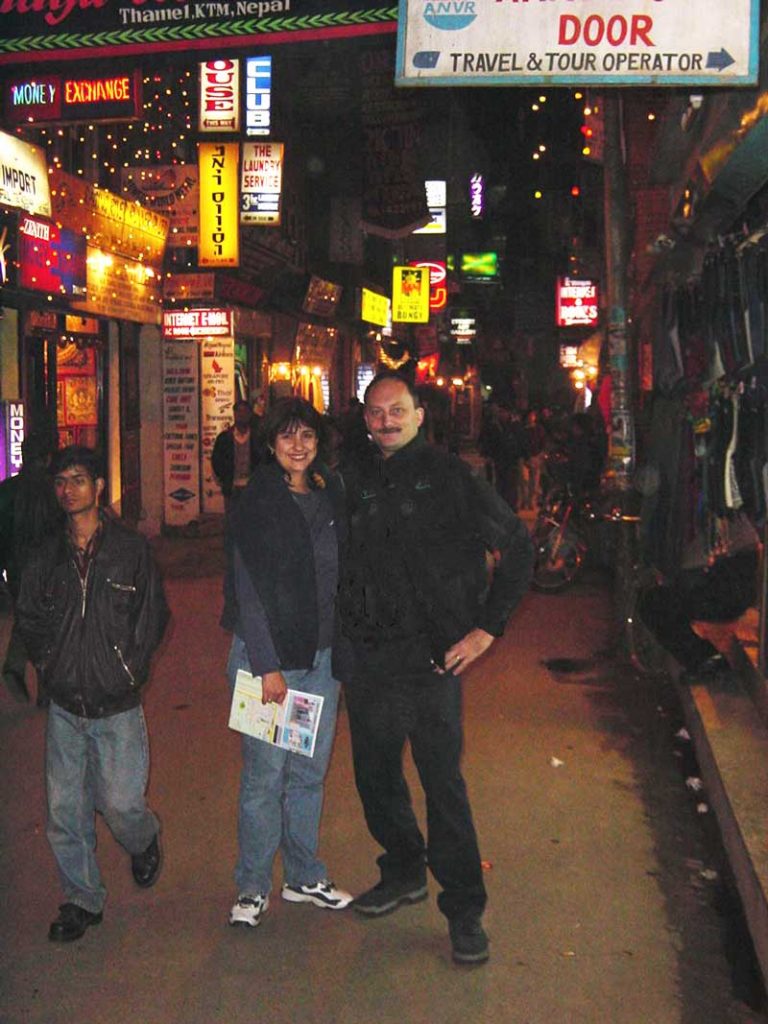