Death with a view

I have a fascination with graveyards. I am drawn to their peacefulness, their interminable silence, their other-worldliness. Death is a mystery to all of us, but a cemetery compels you to engage with the concept whether you want to or not.

Just beyond the border of almost any French centre ville, or Italian centro storico for that matter, the superbly maintained burial sites are located, usually behind a lockable gateway. The high walls separate the living from the dead so that when you enter through the creaking gate, it’s clear that you have entered into a very different place. 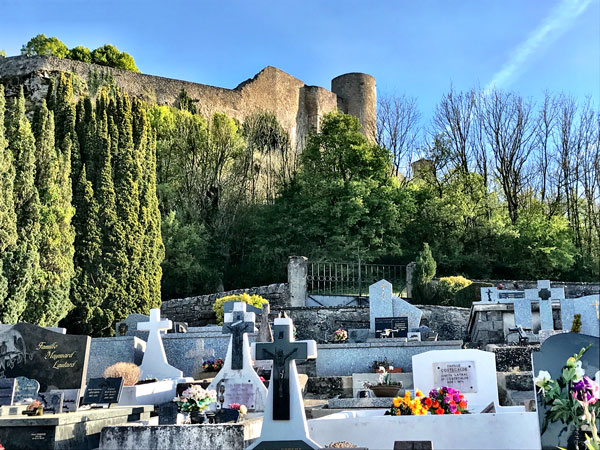 Geoff noticed that in the graveyards that we visited, the earliest deaths marked on the tombstones were circa 1830. Where did they bury people before then? I was interested to learn from deathreference.com, that town graveyards only became “a thing” in the early 18th century due to the industrial revolution and the migration of people away from the rural areas. Up until then, the dead were buried in their churchyards, with important people often entombed within or under the church itself.

The culture of respect and commemoration is obvious. The graves are well tended and many of them have fresh flowers or flowering plants. Nearly all have brightly coloured dried or plastic flower arrangements. 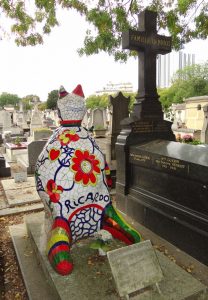 The tombstones themselves are not just about noting who and when. The weeping angels, the elaborate crosses and the statues of saints with bowed heads make youswallow in nervous awe. There is sense of not only sadness, but loss and wonder.

My thoughts turn to my own vulnerability as a human being. Beautifully as these cemeteries are situated, overlooking the glorious sunsets and the endless valleys, I don’t want to lie in a grave and rot. It’s not just about the sense of decay, it’s also that the world is running out of burial space. It’s a reality that graves are having to be dug up and their occupants’ bones relocated, or moved up to make room for others. These beautiful peaceful resting places cannot remain undisturbed forever. 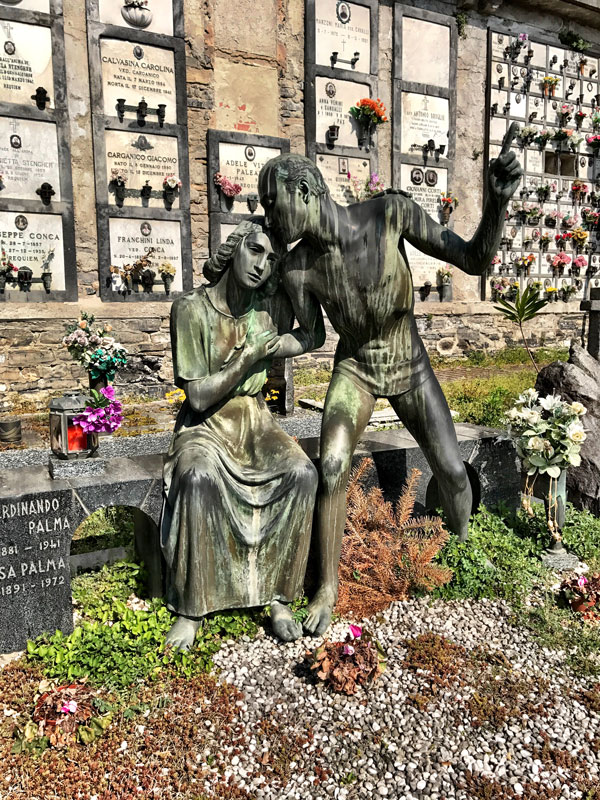 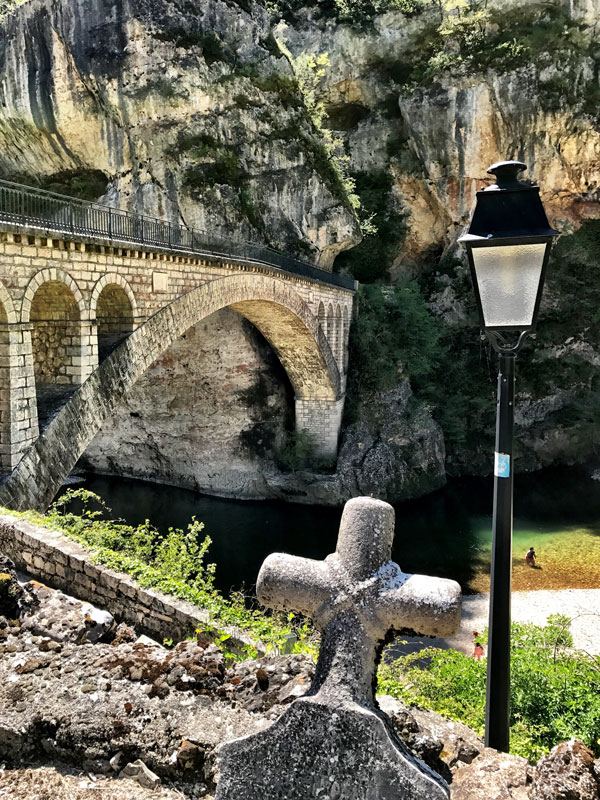 Death with a view over the magnificent Gorge du Tarn

Hide and seek in the fynbos. #goldenretriever #dar

On these stifling summer days I look forward once

Nice to come across this fellow on our mountain hi