Geoff and I like to tail off a busy trip (especially one that is packed with sightseeing adventures and early morning departures) with a few nights somewhere tranquil and beautiful. After 10 days in Siem Reap and Saigon, we were ready for a little peace and quiet.

Phan Thiết is a coastal port city in Southeast Vietnam. It’s about 200 km north of Saigon or Ho Chi Minh City and took us about 5 hours by taxi right to the door of our resort. The Green Organic Villas resort caught our eye because it seemed a little apart from the busy centre of the town. 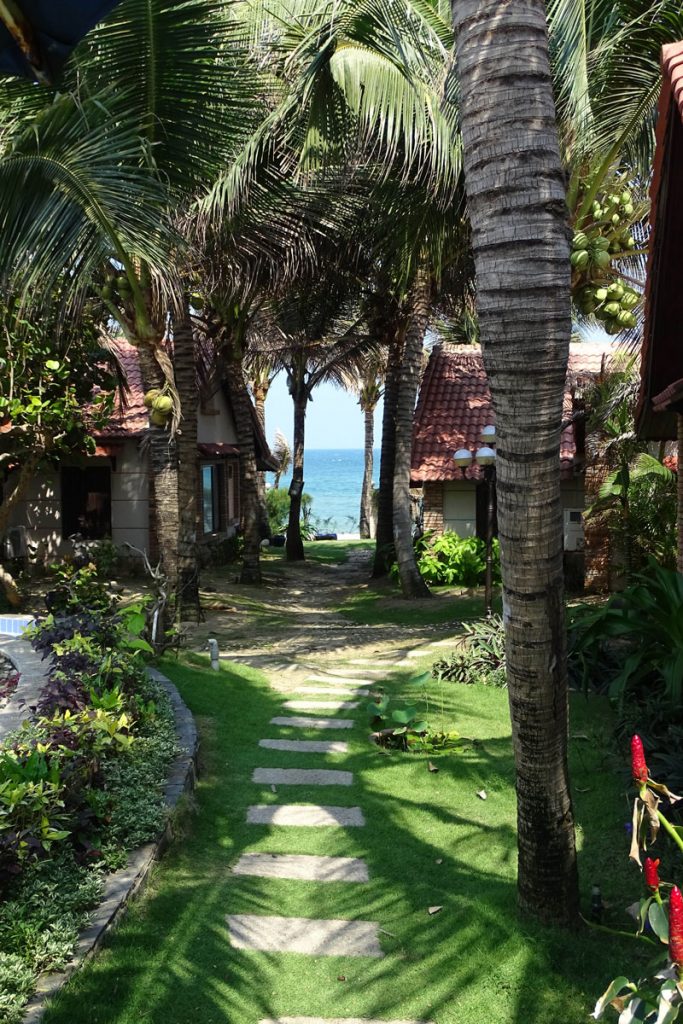 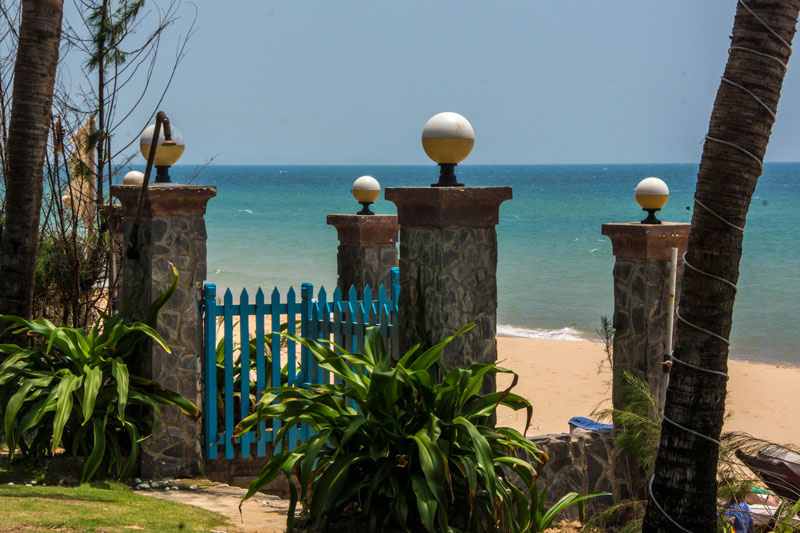 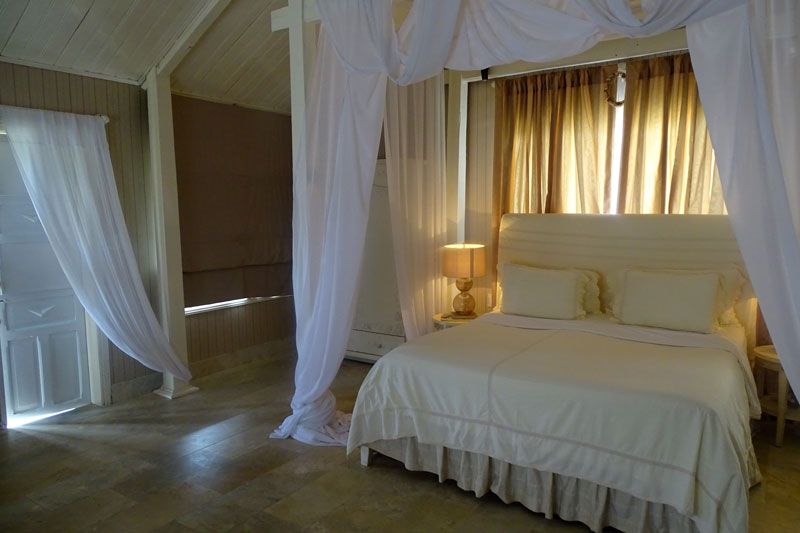 Phan Thiet is a bustling fishing port with a harbour full of colorful boats, vibrant outdoor markets and seafood restaurants. The Mui Ne area nearby is also known for its beaches and spectacular red and white sand dunes. 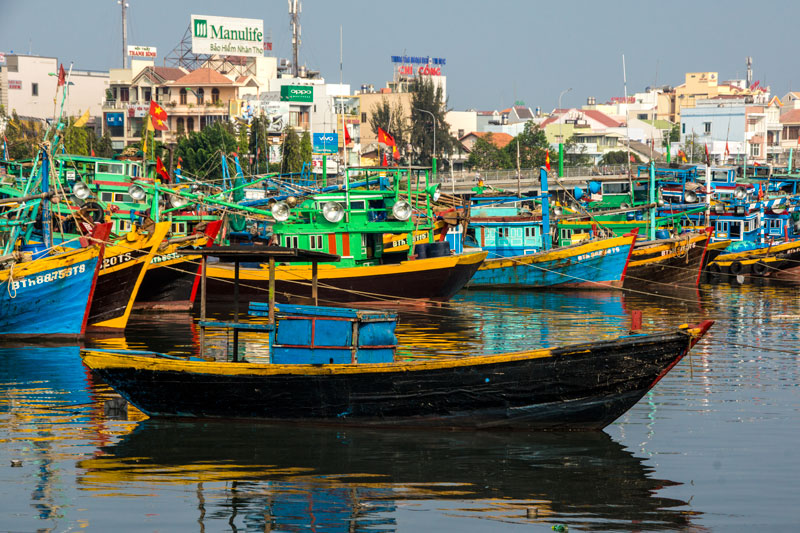 We were right about being ‘a little apart’ from the main action. The resort was a lovely oasis but it was definitely not within walking distance of anything. We were quite happy to spend most days enjoying the beautiful swimming pool and lazing on the beach. Our section of beach was swept clean of any floating debris or junk each morning. We hardly noticed any other guests and were amused when a herd of cattle were urged past twice a day in either direction. A lovely relaxing lazy life. 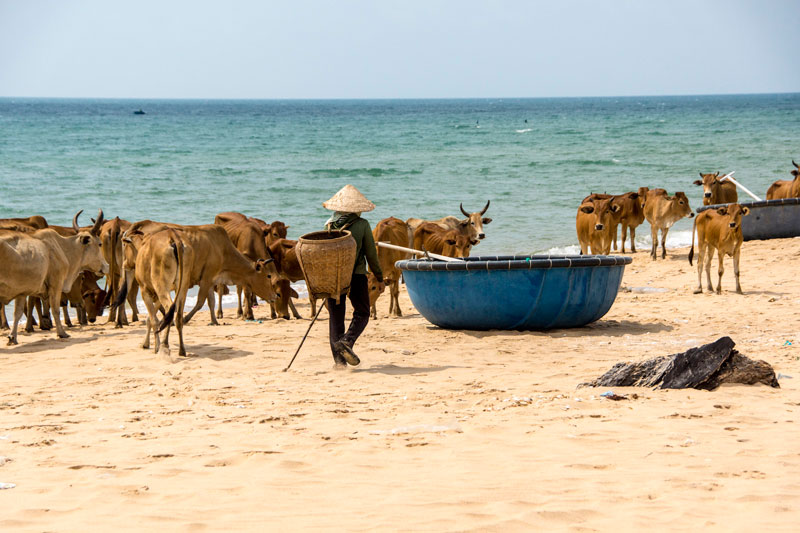 However, we were in Asia. When in Asia and you want to explore the area, there is no better way to do it than by renting a bike. Our friendly lodge manager arranged a bike for us and we had an immediate sense of freedom. 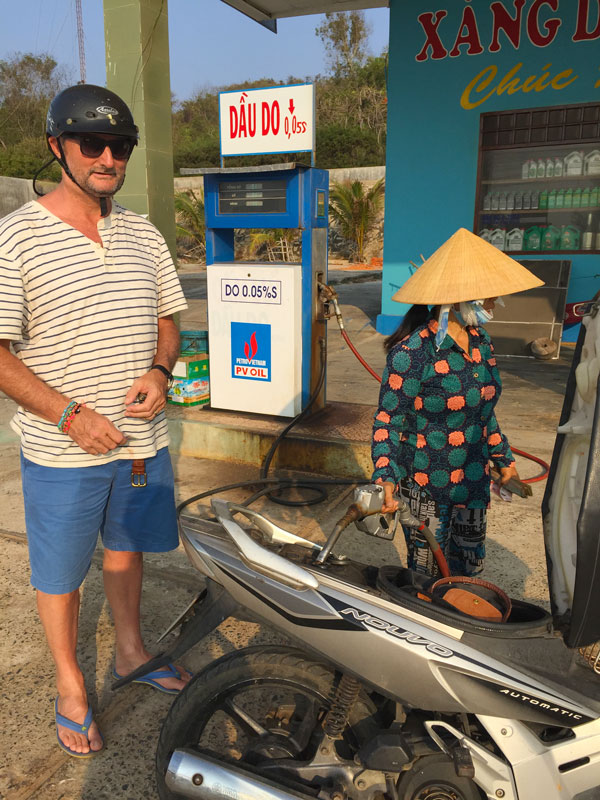 Out and about in Phan Thiet 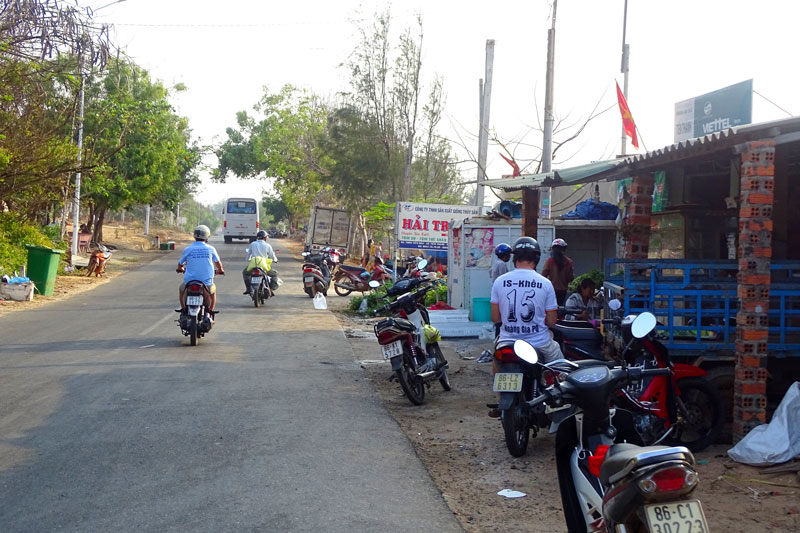 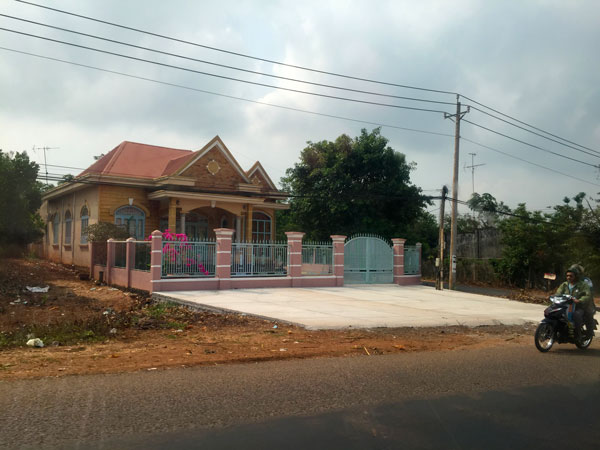 Turning left out of our resort led to more rustic unspoiled sights and the Ke Ga lighthouse and turning right took us to busy town of Phan Thiet and traditional fishing villages towards Mui Ne.

The road to town was extremely busy and on a bike with poor shocks, awfully bumpy. Geoff did an outstanding job of whizzing confidently through the traffic despite the buses, trucks and hundreds of other motorcycles.

There’s not much to see in Phan Thiet, but the riverside fishing harbour was chock-a-block with brightly painted boats and bustling with activity. 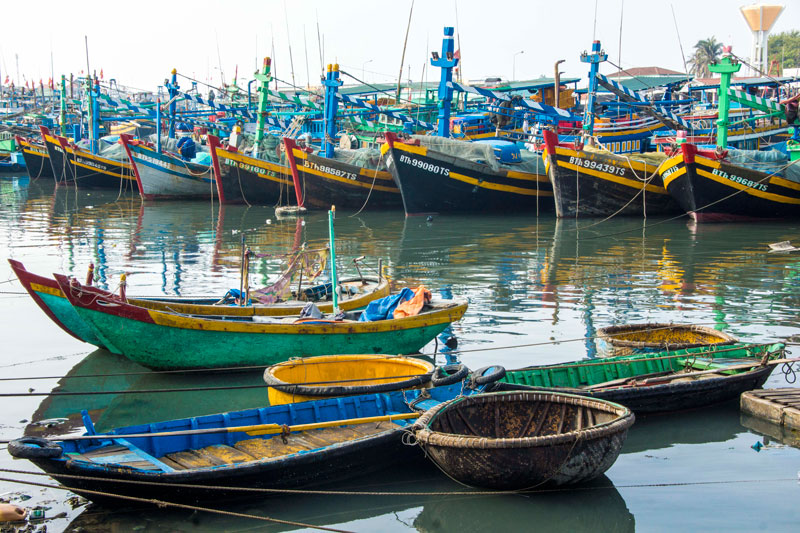 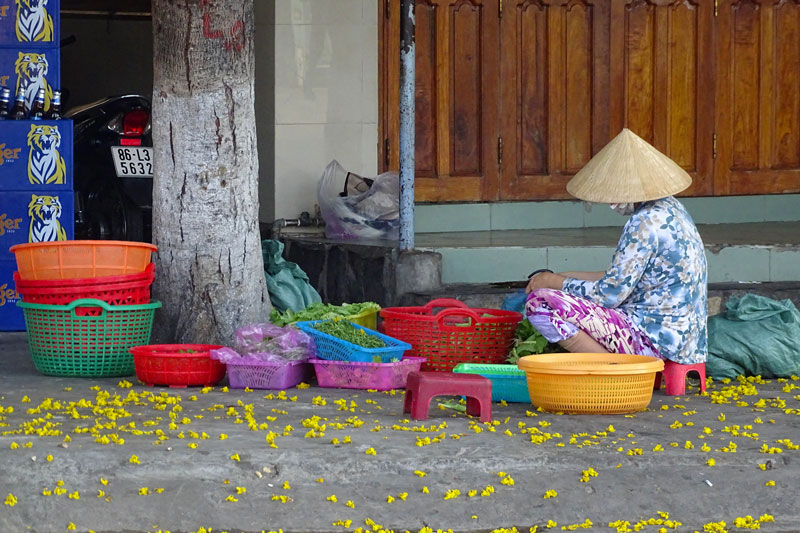 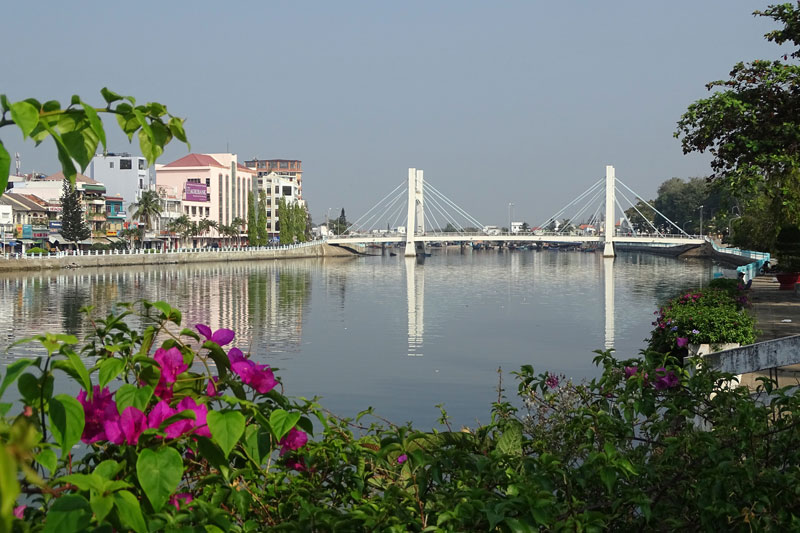 Along the lengthy stretch of coast, resort-style developments in various stages of completion were underway. According to the manager of our resort, it seems that there was a boom of Russian holiday makers from around 2011, but after the Rouble crashed in 2014, some resorts lost up to 75% of their guests. Recently more Vietnamese have been coming to Phan Thiet, a convenient break from Ho Chi Minh City.

We struggled to find much information online about the area and detail on actual location or distances seemed conflicting. Steve Raymond, Phan Thiet expert, explains that before they built any resorts in the area, the first guidebook ever printed for the area, Lonely Planet, called the whole area Mui Ne. He acknowledges that this confuses the tourists. “They have no idea where they’re staying. Phan Thiet covers 60 kilometers of coastline. Every area in that region has something different to offer.”

Despite the picturesque fishing harbour, we were disappointed at the amount of trash in the area. There was garbage floating and rotting all along the main harbour. It was hard to reconcile the scenic charm with the appalling stench.

The fishermen seemed unconcerned about what they’re doing to the environment by dumping their Styrofoam and their plastic and every piece of garbage overboard. It’s killing fish and sea life and it was our view that it would likely kill further tourism. 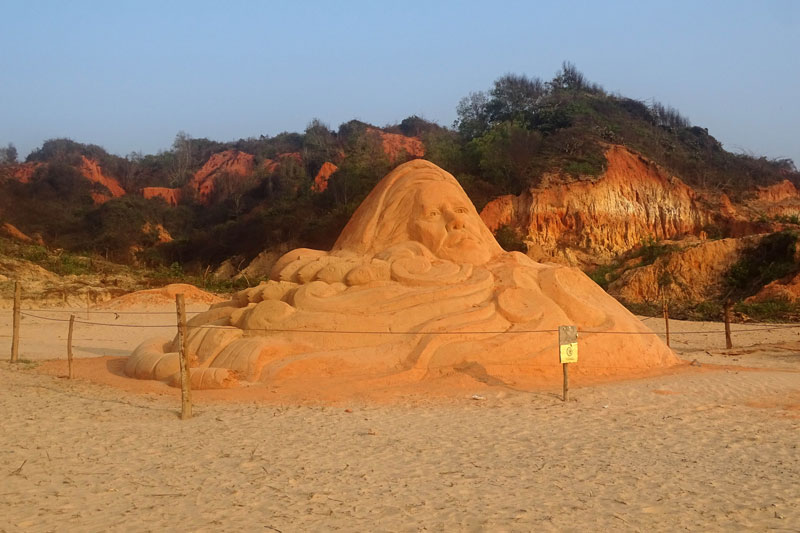 Heading south we had a delightful time exploring the area around the Ke Ga lighthouse which we were told is the oldest lighthouse in Southeast Asia. It is apparently also the highest lighthouse in the region with 200 spiral stairs and total height of 65m. We were unable to go inside as it was deemed unsafe and closed. 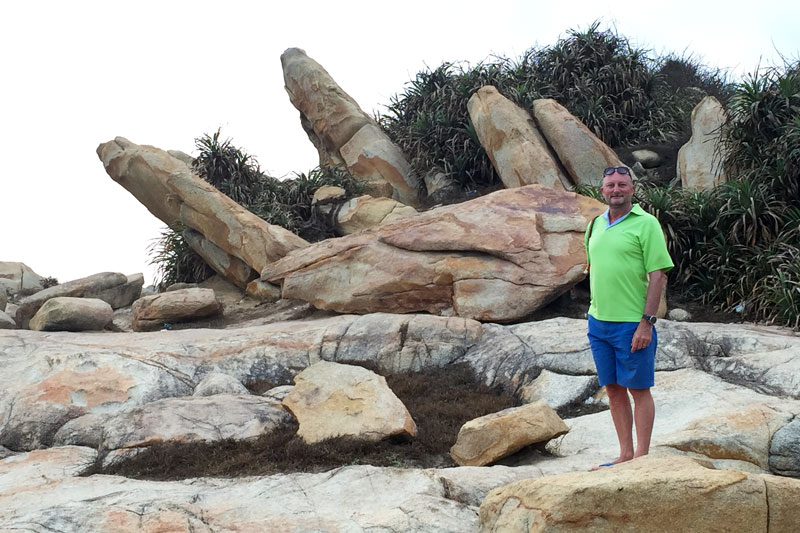 The area around the lighthouse is lovely. It is surrounded by a ‘garden’ of interestingly shaped and arranged rock formations. We were mesmerised by the traditional round fishing boats and the men sorting their nets in the little coves. 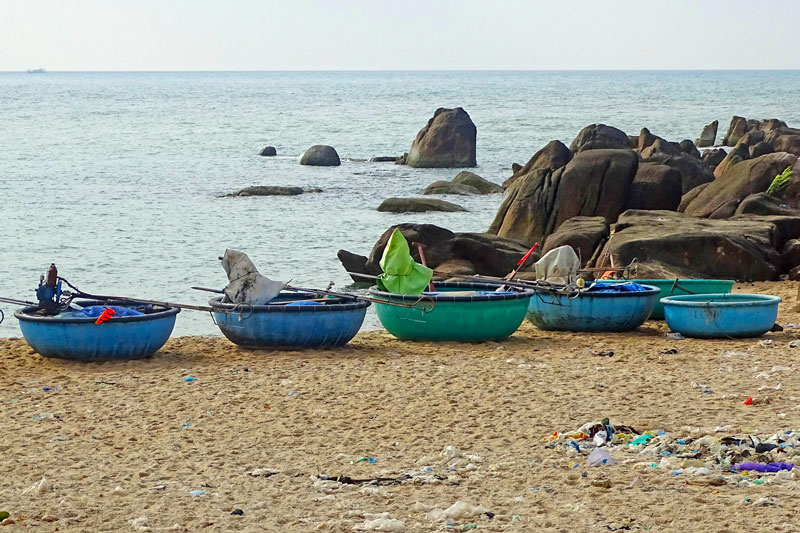 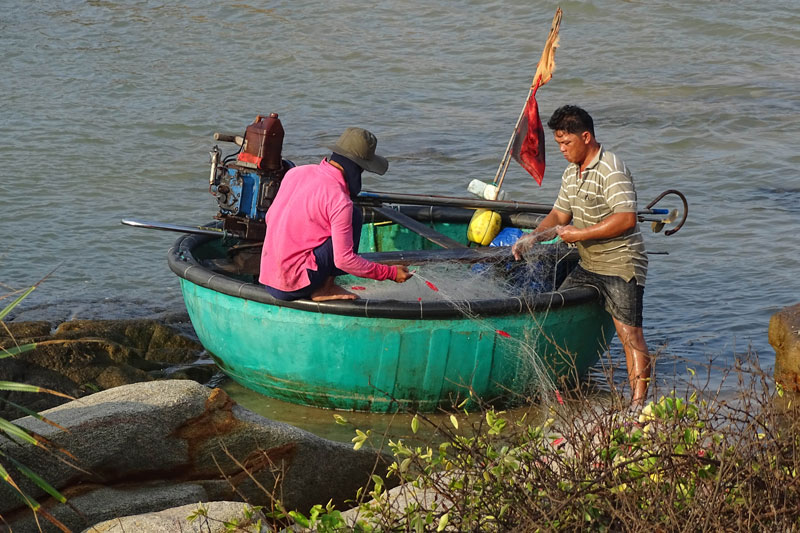 Out and about early one morning on our bike, we came across a magical little fishing village scene. The bright colours of the boats were bathed in a luminous light and reflected onto the sea. We watched the men working hard, waist-deep in the water, hauling the massive silvery nets onto the fishing boat. 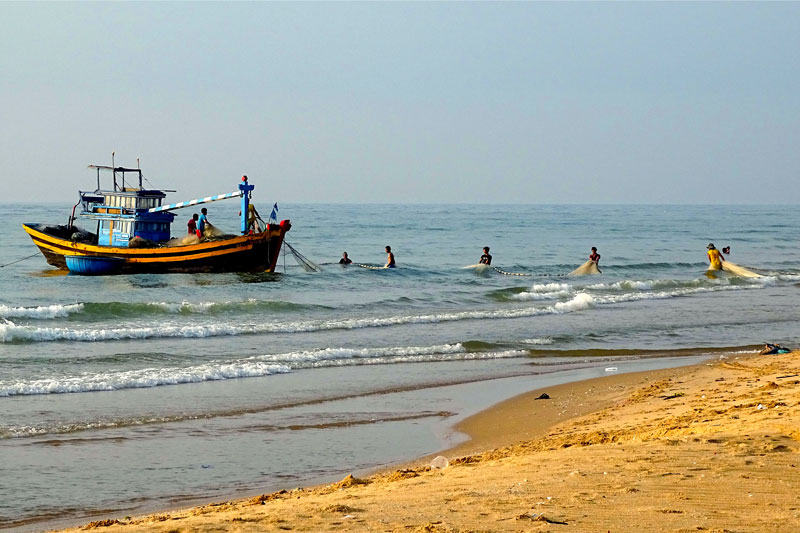 A simple rhythmic life. It seemed that despite the development all around, the lives of the Vietnamese fishermen were largely untouched. 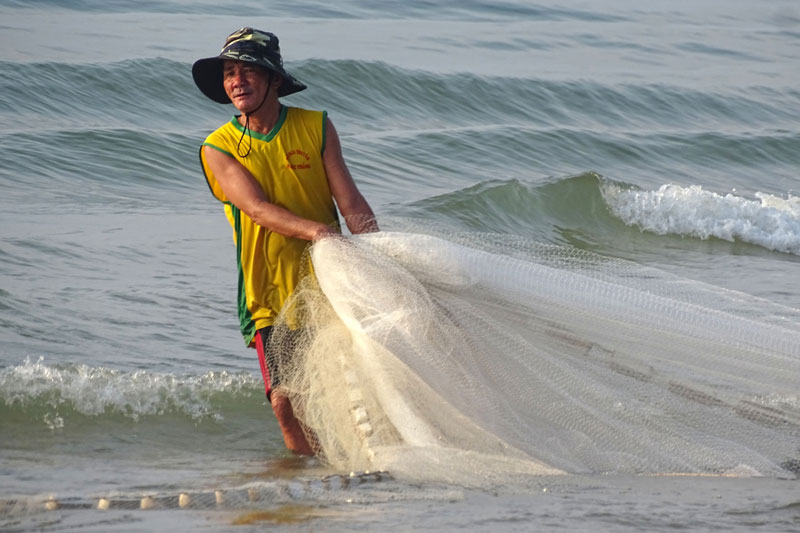 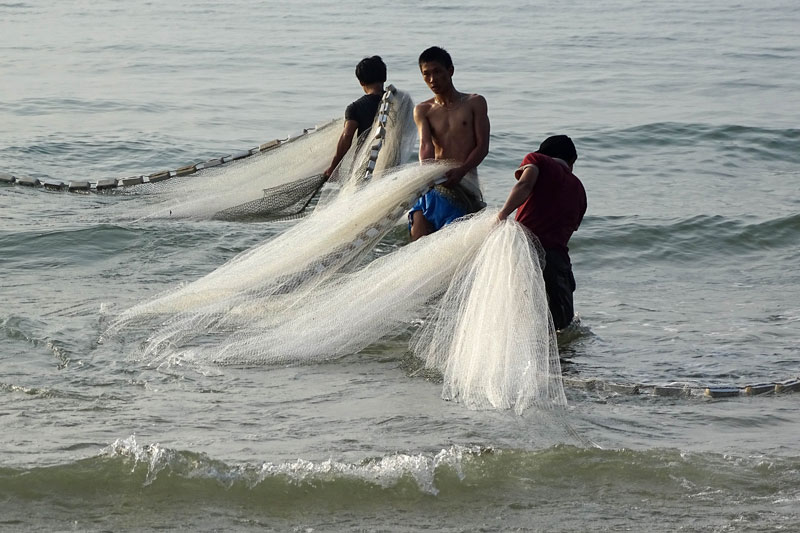 “The fairest Cape in all the world”

Down at the Yacht Club. #sailboats #watersports #y

Hide and seek in the fynbos. #goldenretriever #dar

On these stifling summer days I look forward once